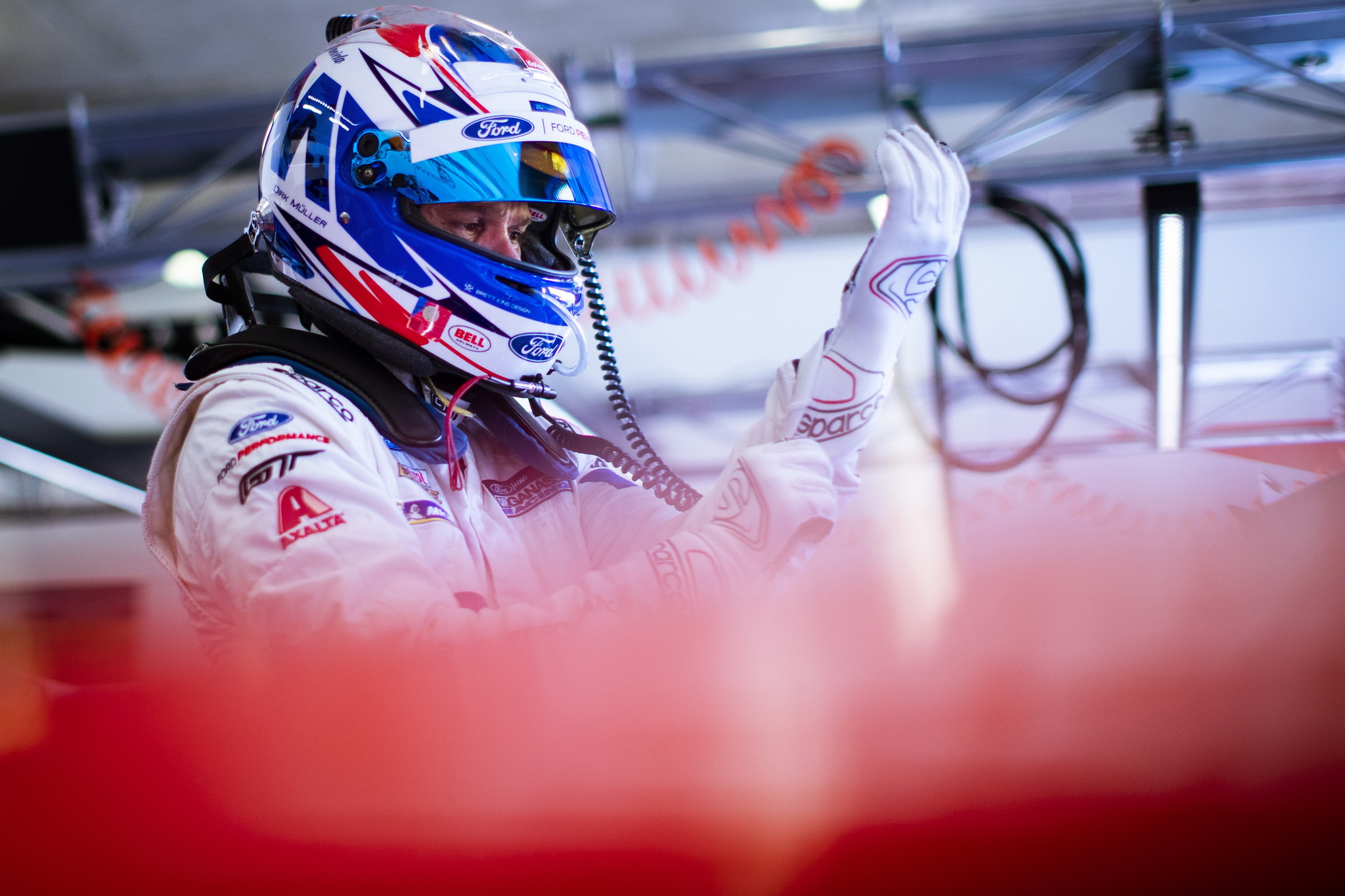 LE MANS, France, 13 June, 2019–The four-car factory effort from Ford Chip Ganassi Racing will start second, sixth, ninth and 10th in GTE Pro for the 87th running of the 24 Hours of Le Mans. The 2019 edition of the race features the final works entries of the current Ford GT program that began in 2016, a combined effort by Ford’s UK and USA-based teams.

“I’m happy,” said Tincknell. “We’re on the front row at Le Mans. I’ve been so focused on this race all year and ever since the test day I have felt like I’m really in the rhythm. The car did everything I asked of it and if you think back to this time last year we were practically turning the car inside out between sessions, but this time we have a really solid platform. It’s a good race car and a good qualifying car and although it’s a shame to make a little mistake to miss out on pole, I’m delighted with second. All three of us are fast so we have a great chance ahead of us.”

Tincknell, who set the provisional pole in the first round of qualifying on Wednesday night before falling to second on Thursday evening, is joined by co-drivers Jonathan Bomarito (US) and Andy Priaulx (UK).

With a time of 3:49.116 set late in Q3, the No. 68 Team USA entry will start sixth as Sebastien Bourdais (FR), qualifier Dirk Müller (GER) and back-to-full-health Joey Hand (US) seek a repeat of their 2016 victory and their paint scheme is back to what the team ran during the win.

“I think we accomplished what we wanted today because we ended up P6,” said Hand. “We thought we would like be in the top-eight because you don’t want to get too deep in the field. This is a tough group of GTE Pro guys and cars. It’s a 24-hour race, but it’s a 24-hour sprint race now. We’d like to move it closer to the front early in the race. It’s so tough to get a clean lap in during the night here. To get one clean lap is so tricky. We did work on set ups to get a good race car today, so we think the pace of the car is there. The key thing for this race is still not to make mistakes. You still have to run a perfect race here to win.”

Starting ninth in class will be the other Team UK entry, the black and white No. 66 shared by Olivier Pla (FR), Stefan Mücke (GER) and Billy Johnson (US) that honors Bruce McLaren and Chris Amon’s 1966 victory.

“I did a qualifying run at the beginning of that last session but had to abort my quick lap when there was a slow zone,” said Mücke, who set the car’s top time of 3:49.511. “We worked on our race set up for the rest of the session before Olivier had another go at the end. Unfortunately, he caught traffic so we are starting somewhere in the middle but we know our pace is better than that. We will now review everything to make sure we maximize our race set up and to be as prepared as we can possibly be for the race.”

One spot lower on the leaderboard in 10th is the No. 69 Team USA GT driven by Ryan Briscoe (AUS) and Richard Westbrook (UK), as well as Scott Dixon (NZ), who qualified the car with a time of 3:49.546.

“It was a little frustrating,” said Briscoe. “I think we had a P3 time going early in the session, but we got caught up in traffic and never could get back to that in the night with the traffic and yellows and such. The car was strong on new tires, so it’s disappointing to be where we are because we had some speed. We need to work on the set-up a little more, but the important thing was the speed was there, and that was promising.”

The No. 69 pays homage to the 1966 second-place finisher of Denny Hulme and Ken Miles, which took part in the iconic 1-2-3 victory photo that helped amplify the tone for Ford’s Le Mans program.

“We really worked today on getting the cars to be set up to race well come Saturday,” said Rushbrook, “You always want to qualify well, but it means less in a 24-hour race. Having a car that races well in long stretches is what these races are about. We have decent pace, but the secret to winning Le Mans is having a mistake-free race. We are excited. We will be ready.”

Also competing in Saturday’s race is the solo GTE Am Ford entry, the No. 85 Wynn’s GT of Ben Keating, Jeroen Bleekemolen and Felipe Fraga. The trio will start ninth in class.

The 87th running of the 24 Hours of Le Mans starts Saturday, 15 June at 3 pm CET, 9 am ET. Follow the progress of all of Ford’s entries via the Ford Performance YouTube livestream, which provides coverage of the entire race with onboard video as well as insights within the Ford garages, available at FordPerformance.tv. 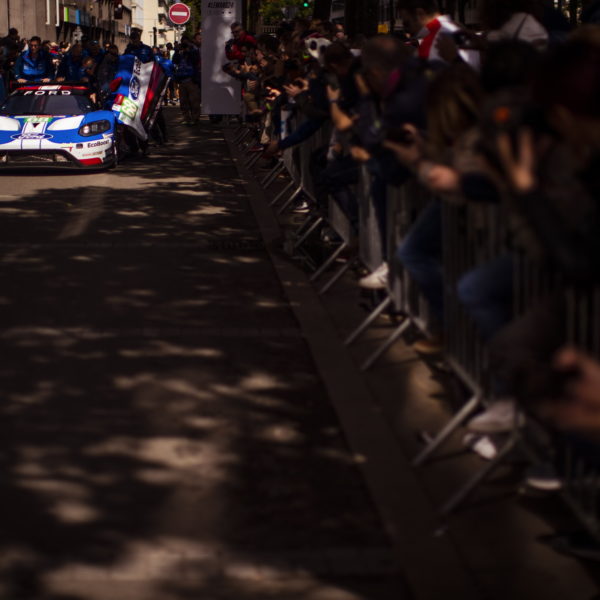 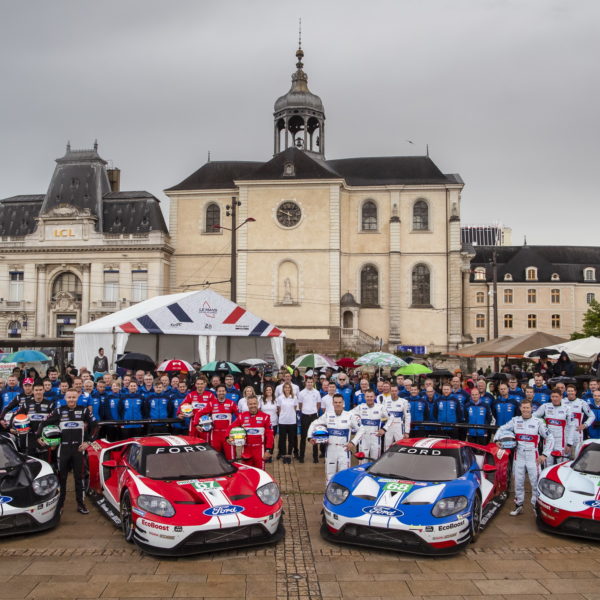 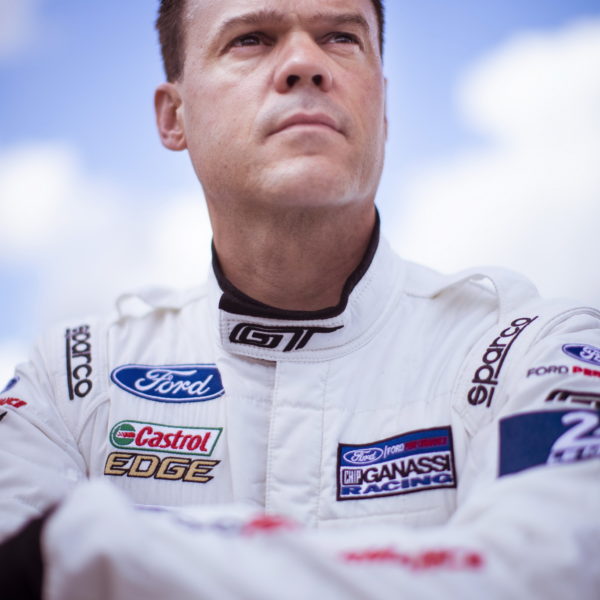 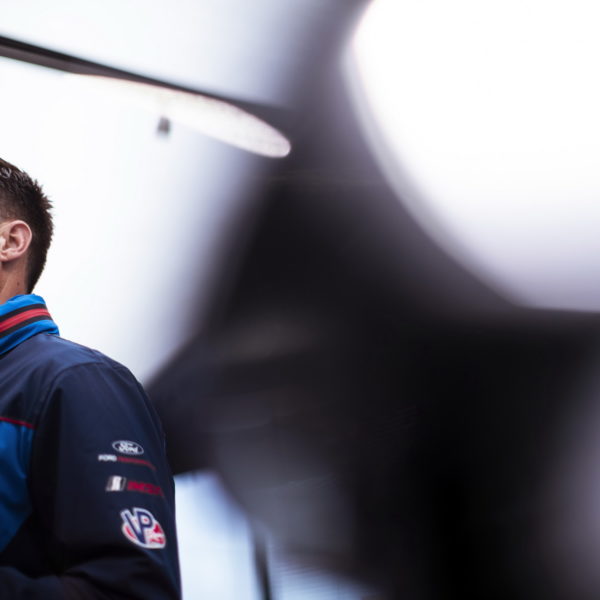 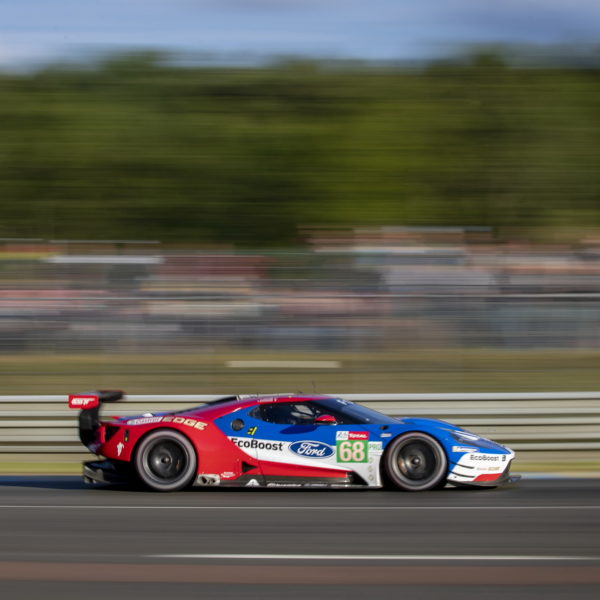 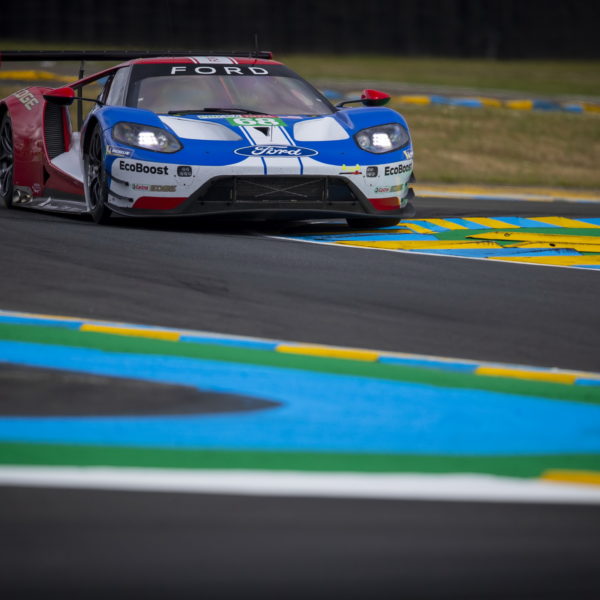 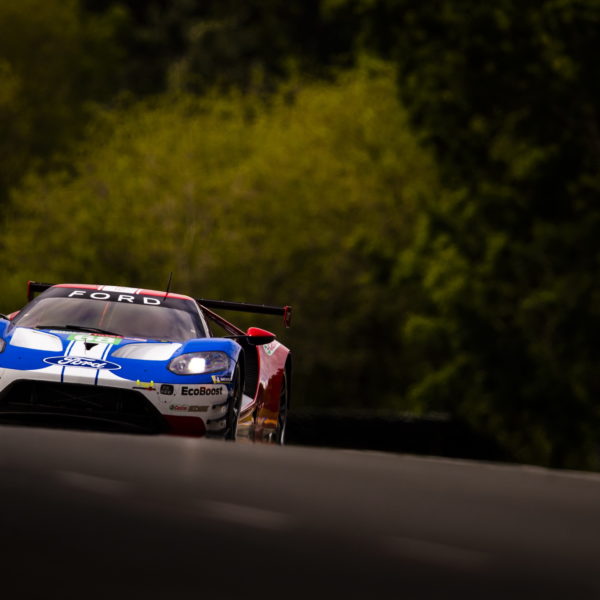 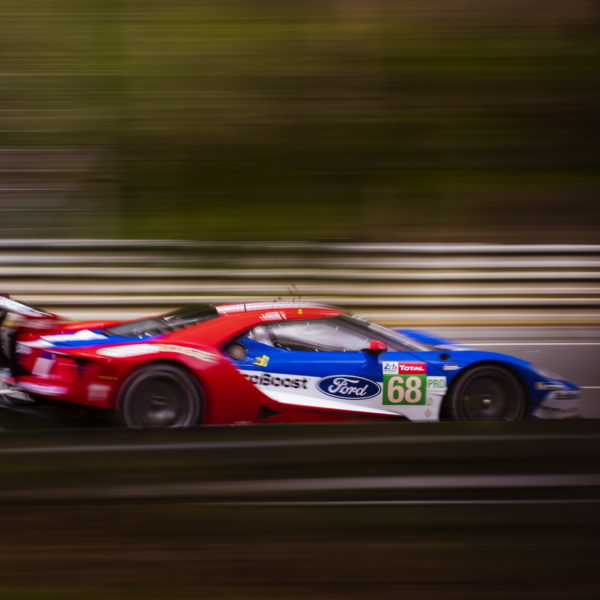 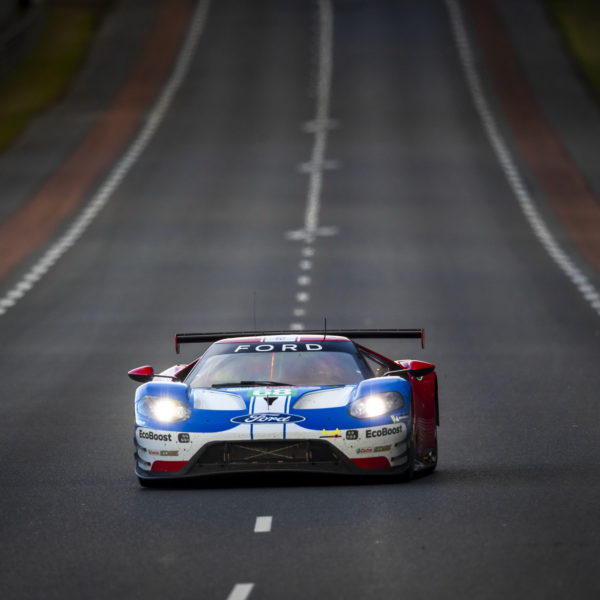 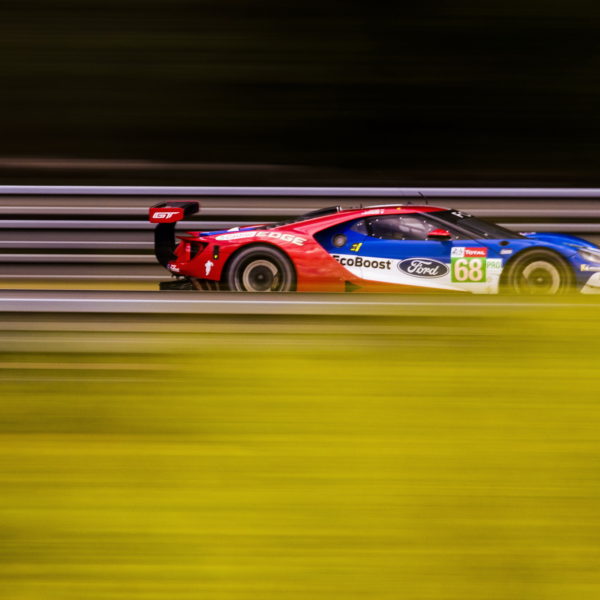 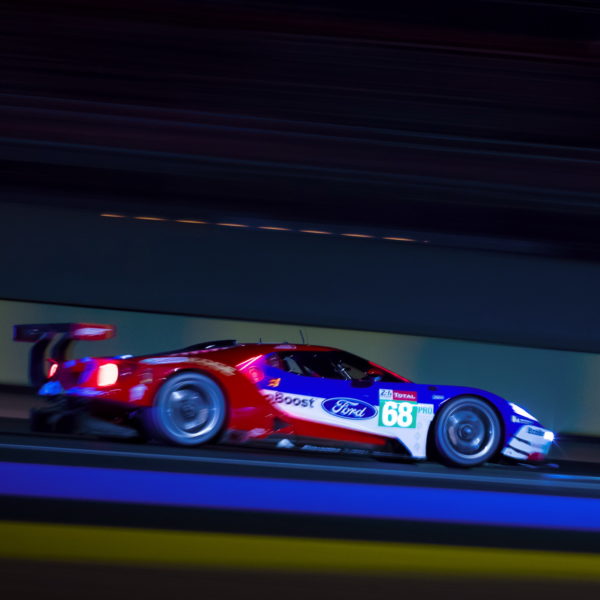 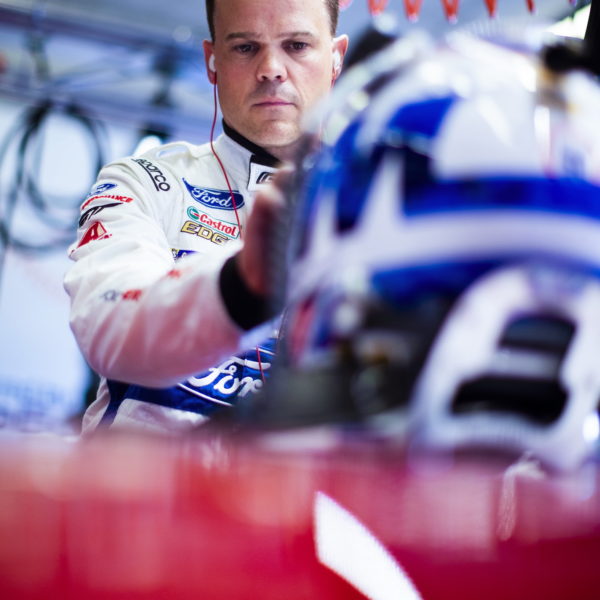 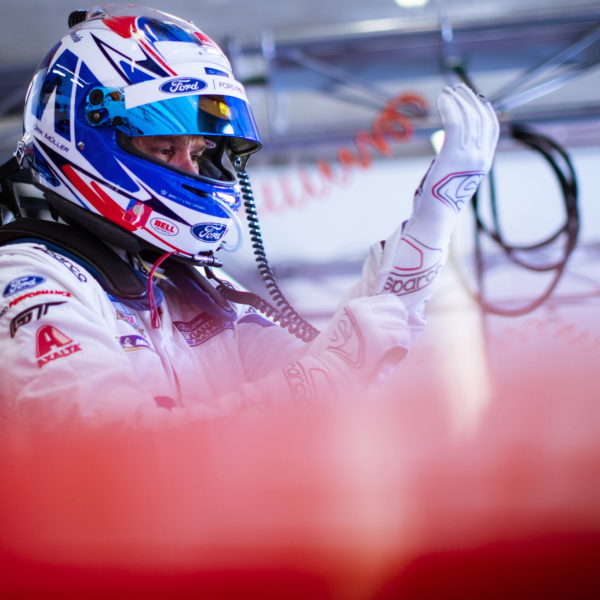 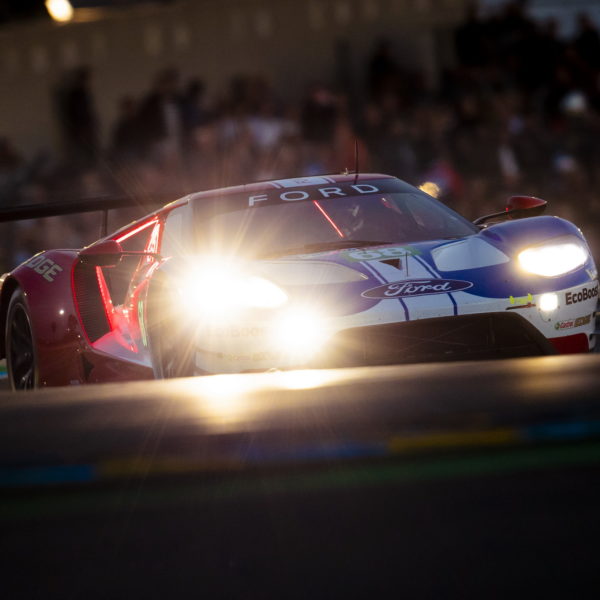 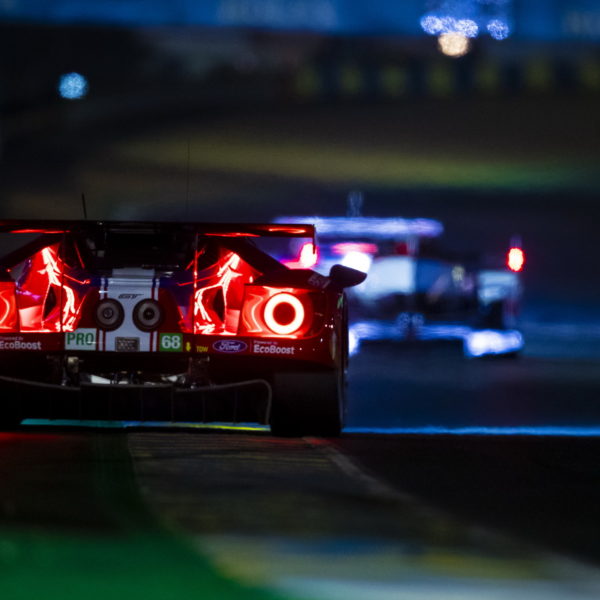 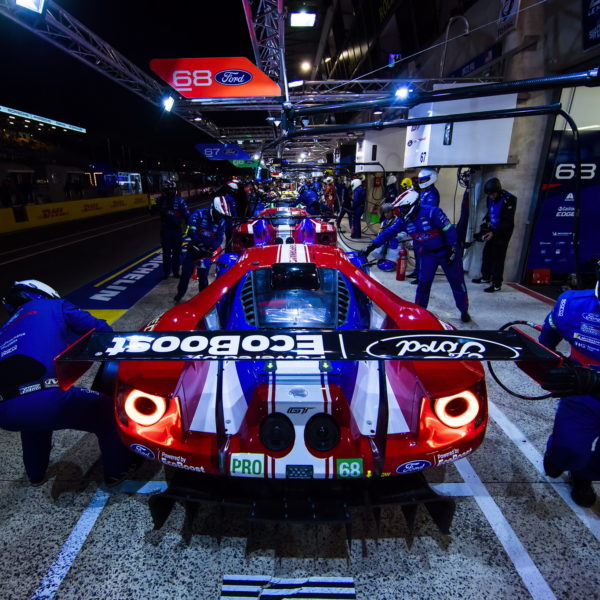