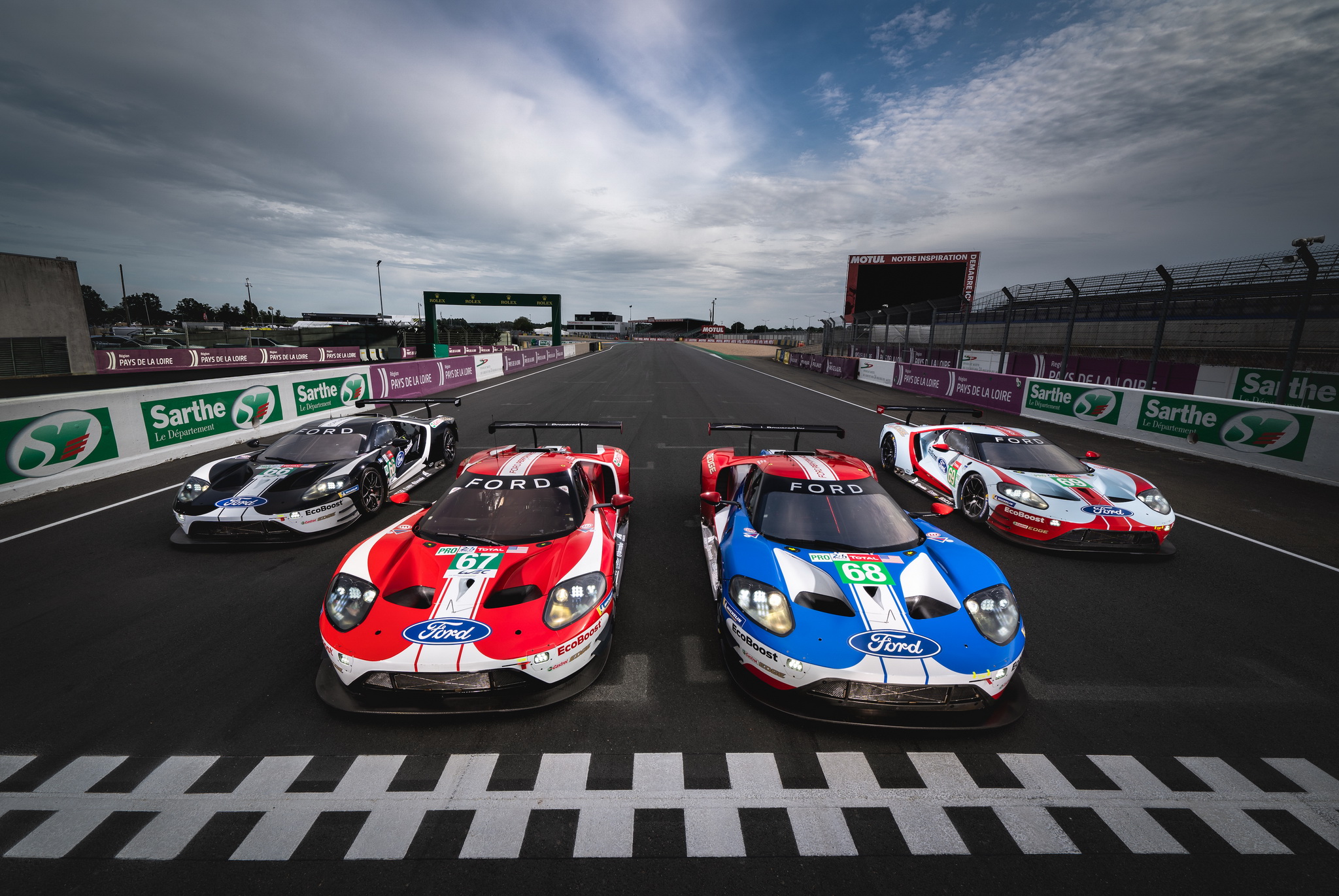 LE MANS, France, June 5, 2019 – The battle lines have been drawn and the scene is set for an historic GTE showdown at Le Mans on June 15-16. Fifty years on from the last of Ford’s four-year winning streak at Le Mans, it is no longer just Ford vs Ferrari. It’s Ford vs. Ferrari, BMW, Aston Martin, Corvette and Porsche. A titanic six-way battle is on the cards and the Ford Chip Ganassi Racing team is ready to “Go Like Hell” one more time.

Ford’s four-year commitment to race the spectacular Ford GTs at the Le Mans 24 Hours has provided the Blue Oval with memories to last a lifetime, with many highs and lows along the way. Crucially it has been a place for innovation and learning; in the machines and the people who build, run and drive them.

“This last Le Mans for the Ford team will certainly be an emotional one,” said Mark Rushbrook, global director of Ford Performance Motorsport. “With this programme, we gave ourselves the objective to return to Le Mans 50 years after our first win in 1966 to get on the top step and we achieved that in year one. However, that has not diminished our desire to continue to deliver success and the fact that we have been on the podium every year we have competed at Le Mans shows how consistent the team has been. For our last Le Mans, we have five GTs on the grid, including the Keating Motorsports car so I can only hope that we go out on a high. Whatever happens, it has been the ride of a lifetime and we are very grateful to the ACO and WEC for all of their support.”

Ford is the only one of the current GTE Pro manufacturers to have finished on the podium at the last three Le Mans. Wearing brand new liveries to celebrate past successes, all four factory Ford GTs are being raced by drivers who have their sights firmly set on the top step of the podium. The #66 Ford GT will be raced by Stefan Mücke (GER), Olivier Pla (FRA) and Billy Johnson (USA). As a Frenchman, a win at Le Mans would mean more than anything to Pla.

“We say it every year but we mean it every year, we want to win Le Mans!” Pla said. “This is our last chance to do it in a factory Ford GT so the pressure is higher than ever but we are feeling good, we are feeling strong, and we are ready to get out there and race for the win.” The regular #67 crew of Andy Priaulx (GB) and Harry Tincknell (GB) are joined by Jonathan Bomarito (USA) for Le Mans and they will be a trio to look out for if their recent pace is anything to go by.

“I think the performance we’ve shown in the WEC and IMSA races in the last year puts us right in the frame,” Tincknell said. “Jonathan (Bomarito) did a great job at Sebring so I think we’ll be a strong crew. We’ve got close before so there’s no reason to think we can’t win it. All any driver can ask for is a competitive car and we have that so it’s up to us to execute it. We’re due some good luck so why not? Let’s go for it!” Joey Hand (US) makes his return to the #68 Ford GT at Le Mans, now fully recovered from a recent virus. Along with Dirk Müller (GER) and Sébastien Bourdais (FRA) he won Le Mans in 2016 so he would be delighted to do the double in 2019.

“I’m about as excited to get back to Le Mans as I have ever been,” Hand said. “Missing the last two races because of illness has been hard, but getting ready for Le Mans has driven my recovery.  I had a great two-day test on the Ford simulator and I’ve been working out hard to be physically ready for this tough race.  It will be great to be back with the boys but, more importantly, it will be great to be back in the Ford GT and trying to win this great race.  There is really no other race in the world like it, and I was honoured to be up on that top step with Dirk and Sebastien in 2016.  We want to do it one more time for Ford, Ganassi, and all the people who have worked so hard on this programme over the years.” The #69 Ford GT crew of Ryan Briscoe (AUS), Richard Westbrook (UK) and Scott Dixon (NZ) have finished on the podium twice so far for Ford. They would like to complete the set this year after scoring a second and third place at Le Mans.

“I am very excited to go back to Le Mans this year, especially with the new paint schemes that honour some of the most successful Ford GT cars in Le Mans history,” Briscoe said. “Dixie, Westy and I have been up on that Le Mans podium but not on the top step so we’d really love to be up there this year to help thank everyone from Ford and Ganassi who had been part of this great programme. We have the right car in the Ford GT, along with the right team of people behind us to make a run for it. I can’t wait to get started.” In the GTE Am class, the #85 Wynn’s-sponsored Keating Motorsports Ford GT is up against the might of Ferrari, Aston Martin and Porsche.  Ben Keating (USA), Jeroen Bleekemolen (NETH) and Felipe Fraga (BRA) are up for the task and raring to go.

“I have so much personal history with Ford and Le Mans so I have never looked forward to a race as much as this one,” Keating said. ‘Ford has such a deep history with Le Mans and it is the 80th Anniversary for Wynn’s and I’ve had a partnership with them in my dealerships for years.  I get the opportunity to combine all of this into the most anticipated Le Mans I’ve ever experienced.  It is such an honour to be the first privateer to race the Ford GT. There are so many special “once in a lifetime” pieces to this puzzle that it is hard to believe it has come together like it has. It is special in every way as I represent almost every part of my life in this race.” 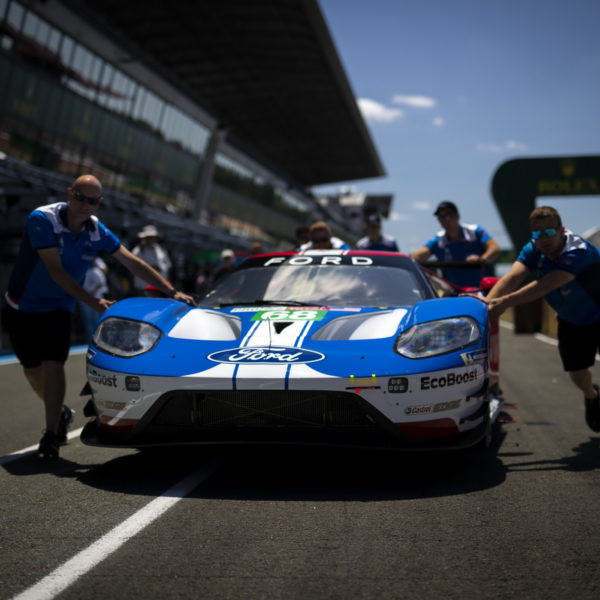 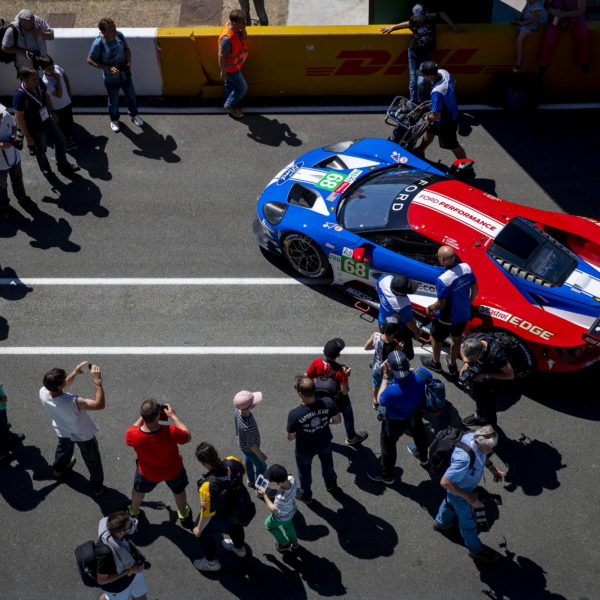 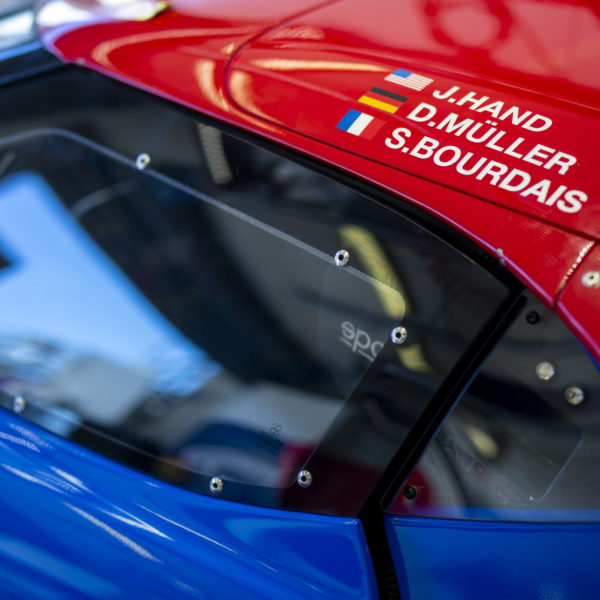 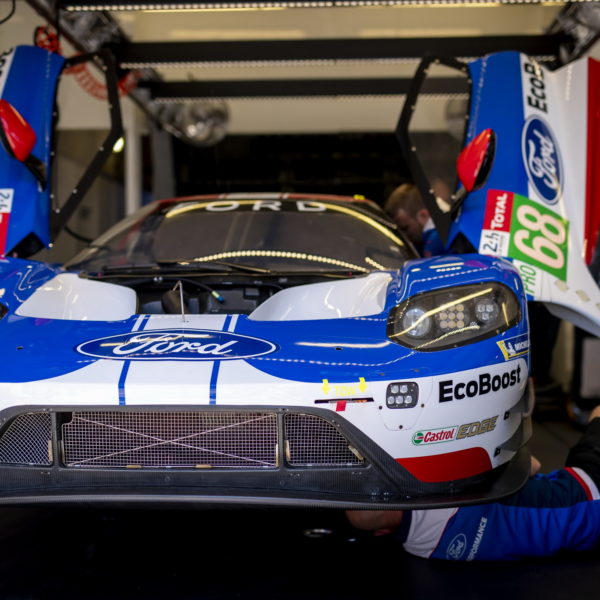 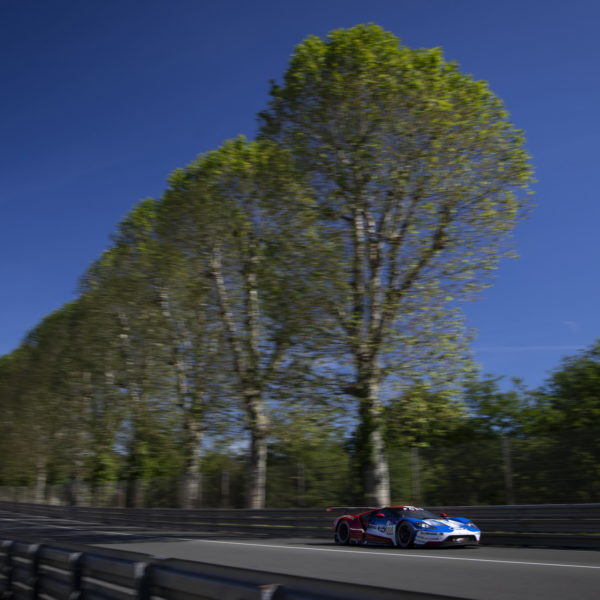 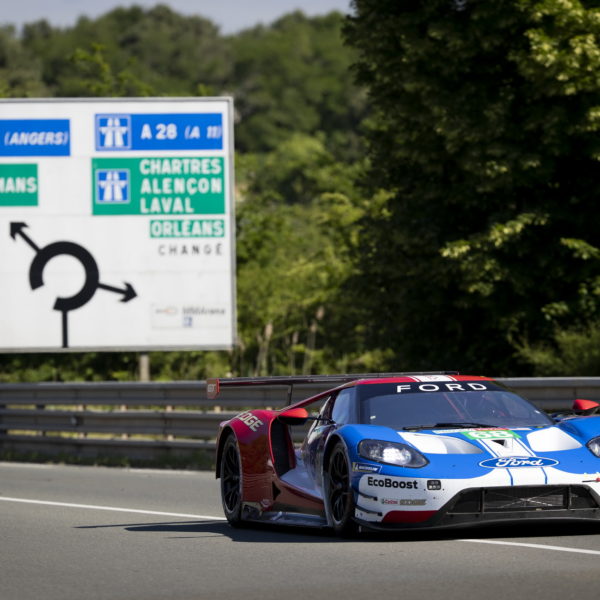 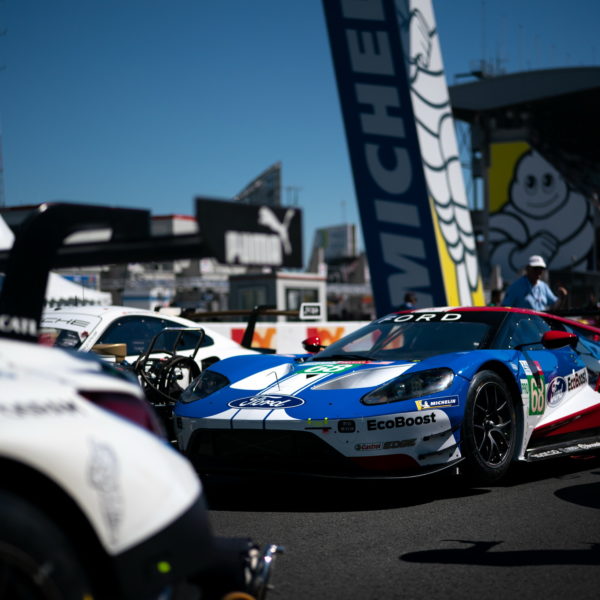 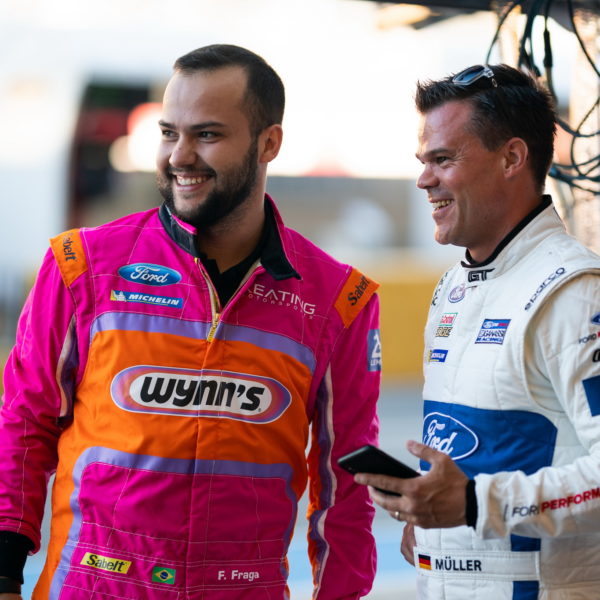 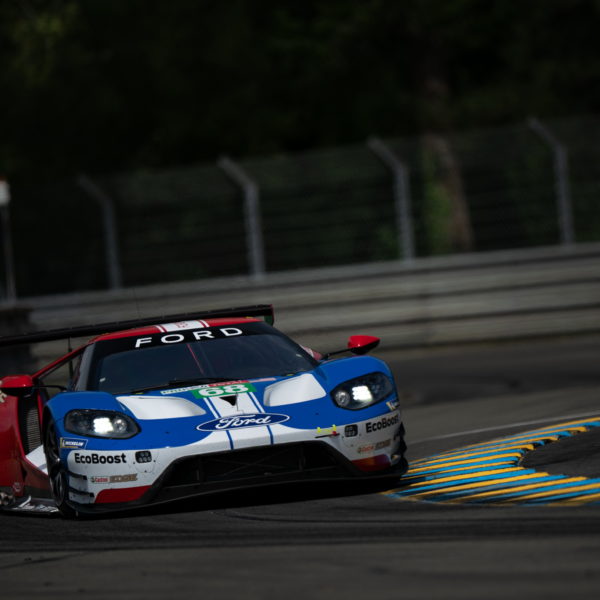 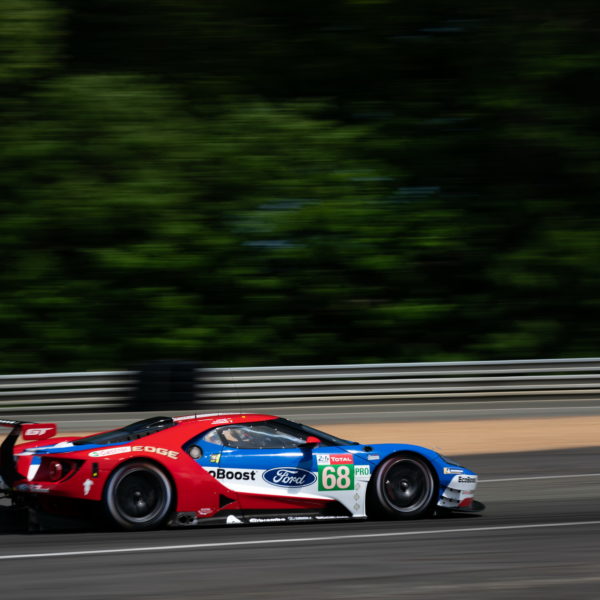 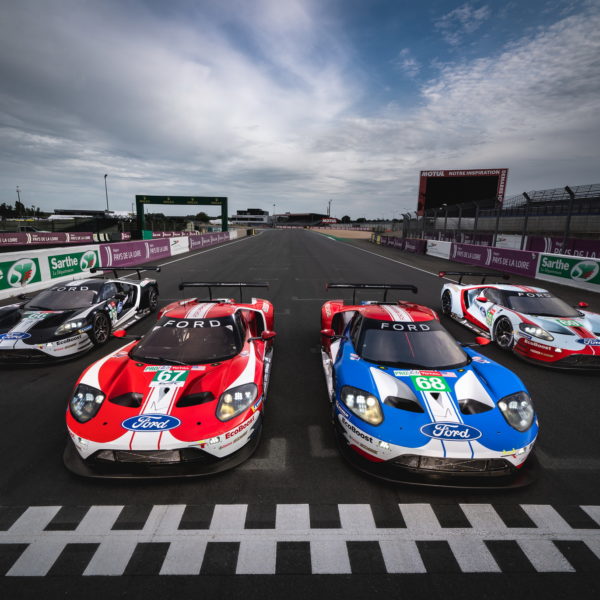 New boots day👊🏻 🙏 @pumamotorsport for yo

That’s P27 for us and good job by @matt_vaxivier

Few pics from today 👀 What you think of our p