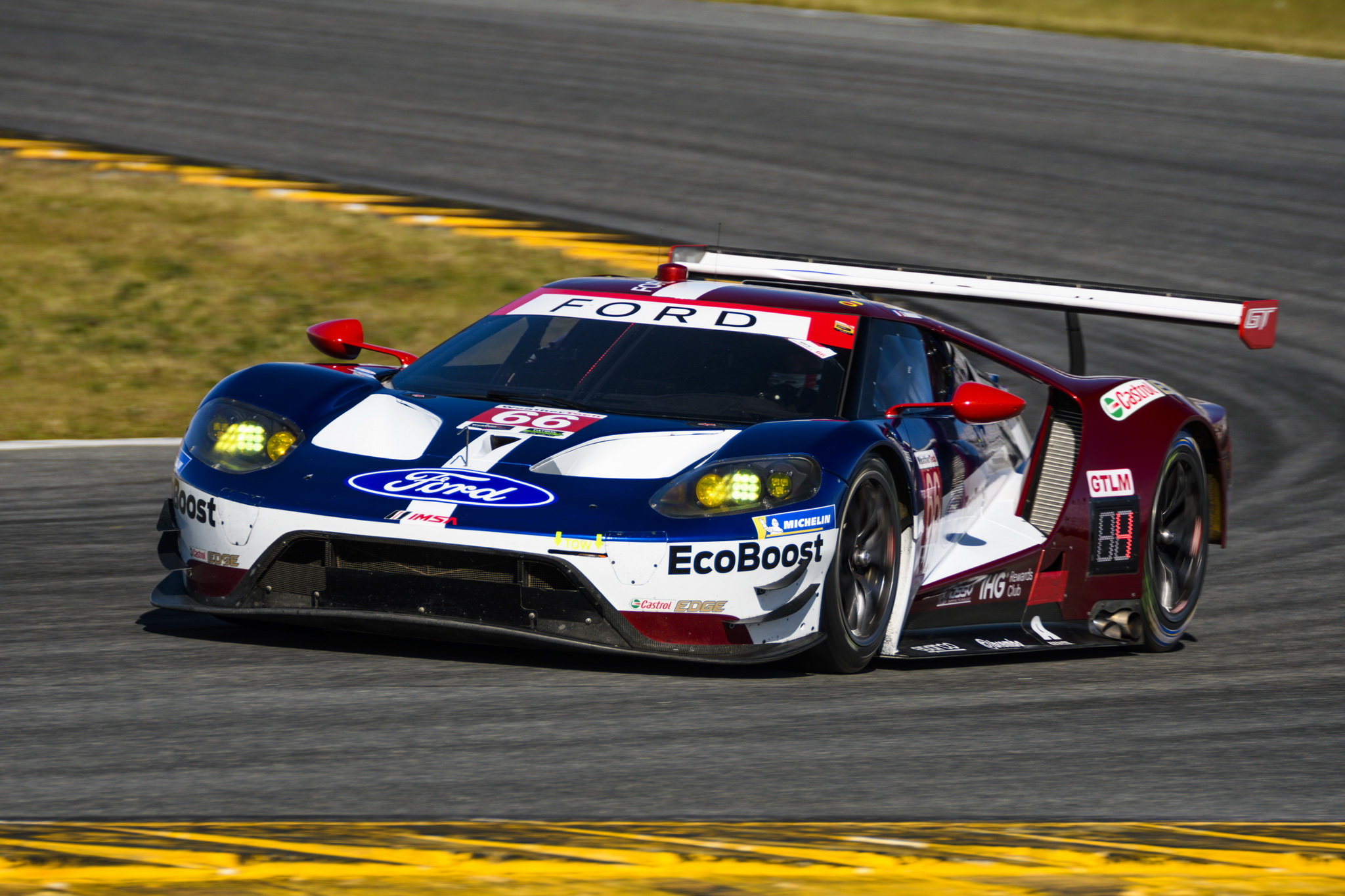 DEARBORN, Mich., Jan. 22, 2018 – Ford Chip Ganassi Racing has plenty of motivation to perform at the team’s top level at this year’s 56th annual Rolex 24 At Daytona.

The No. 66 Ford GT team won the event’s GTLM class title last year and all three drivers – Joey Hand, Dirk Müller and Sébastien Bourdais – will be back to defend the win. On the other side of the garage, while the No. 67 Ford GT finished 10th, drivers Richard Westbrook (1:43.385) and Ryan Briscoe (1:43.433) recorded the two quickest lap times of the class in 2017 while sharing the car with endurance addition Scott Dixon.

Ford CGR also qualified p1-2-3 for last year’s race. While those pressures are normal for top-flight race teams, the extra boost, will come thanks to team owner Chip Ganassi, who will issue the call “drivers, start your engines” as the race’s Grand Marshal. Ganassi, who first arrived at Daytona International Speedway as a crew member in 1985, has 199 wins to his credit among his teams overall, and is hungry for win 200.

“The Rolex 24 At Daytona is always a special race to me, not only because it signifies the beginning of the racing season but more importantly because of the magnitude of the event itself,” Ganassi said. “There are few races in the world that capture the imagination of race fans everywhere as well as the automotive industry and the Rolex is one of them. It also has a diverse group or manufacturers and drivers alike and when you win the Rolex 24 At Daytona, you know you have accomplished something special.”

Ganassi has won the twice-around-the-clock race with Ford in both prototype and GTLM.

This year, both cars enter the race with momentum after recording the quickest (No. 66) and third-quickest (No. 67) times at the Roar Before the Rolex 24, giving them first and third choices of garage/pit space.

“Daytona is about to start and I can’t wait to go back with Joey and Sébastien,” Müller said. “It’s now year three and we are one team, one crew looking forward, trying to defend our victory from last year. As we all know, it’s not easy. It’s our goal to win the championship this year. We were third last year, so close. It’s definitely one thing that is in our minds, so it’s important to get a good start.”

In addition to recording the quickest GTLM time at Roar, Hand also drove the No. 66 to the top qualifying spot for the Rolex 24 last year. Westbrook qualified p2.

“How cool would it be if we could win this thing for Chip’s 200th win after he gives us the call to start our engines?,” Hand said. “That would be something, for sure. In the history of Chip Ganassi Racing, they’ve always had good race cars at Daytona, so I think we have another good shot at it. Last year it came down to six or seven cars at the finish, so really it’s a no-mistakes race. You have to be clean for 24 hours. We spent a lot of time at Roar trying to make a good race car and obviously we did pretty well because we had the quickest lap. The key for us on the No. 66 team is to always make a good race car, because you have to have a car you can put in position. Sometimes you have to pass on the inside, sometimes on the outside. It has to be a good overall race car you can place anywhere. Hopefully we get back to the race and have a good car like we left the Roar with.”

Ford’s history with the event in its current format stretches back to its very first green flag. In 1966, a Ford GT 40 won the first-ever 24-hour endurance race at Daytona.

“We’ve had a lot of success through the years here at Daytona and certainly with Ford Chip Ganassi Racing, since we partnered with them in prototype a few years ago,” said Mark Rushbrook, global director, Ford Performance Motorsports. “We’re happy with what we’ve been able to accomplish, but we do have unfinished business in that we haven’t yet won a championship. We’ve done a lot of work with the team and our partners to prepare for a strong start to the year and we believe we are ready to go.”

“I think last year was a really strong performance for our cars,” Briscoe said. “We had really good pace and we proved that we could win the race. I think we come into this year feeling fairly confident that we have done what we can to prepare, but there are so many unknowns. We have a lot of experience with the equipment and race, but it’s always a tough one. It’s a 24-hour race and a lot can, and will, happen. We just have to trust our preparation.” 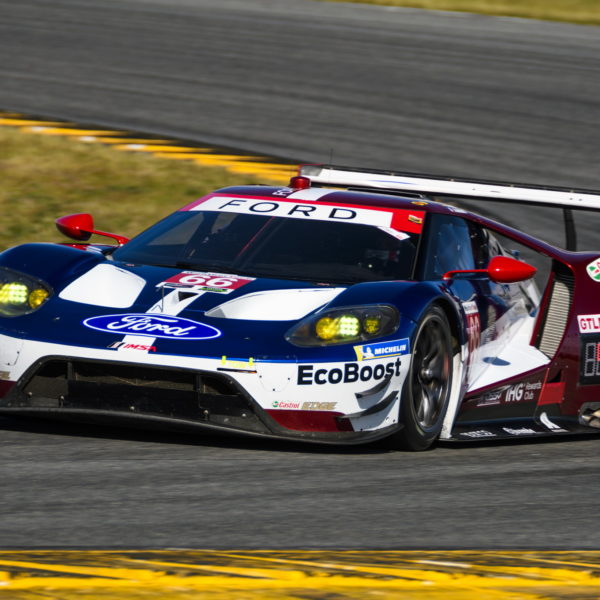 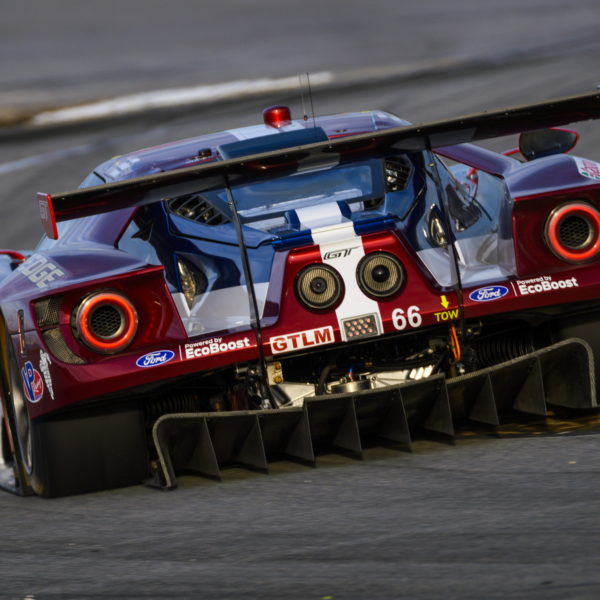 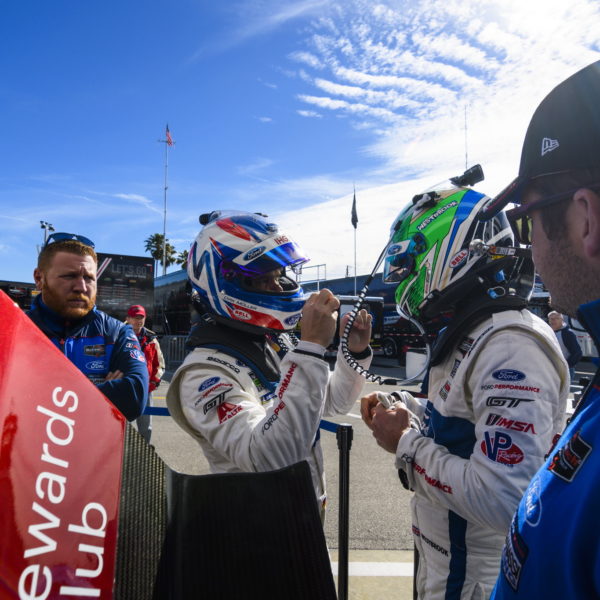 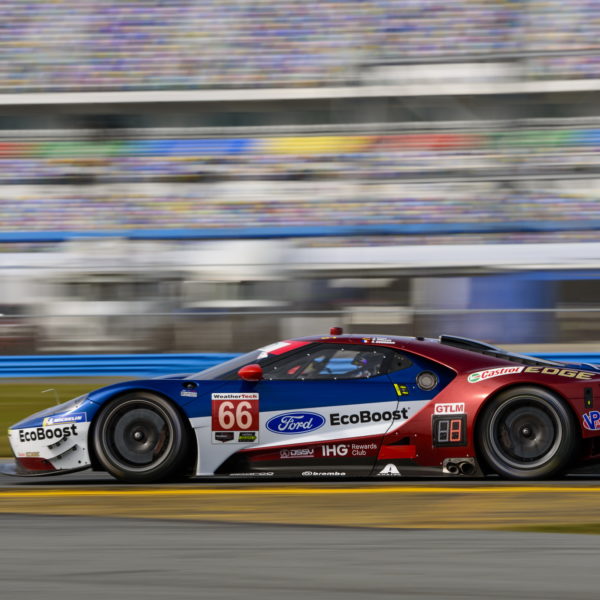 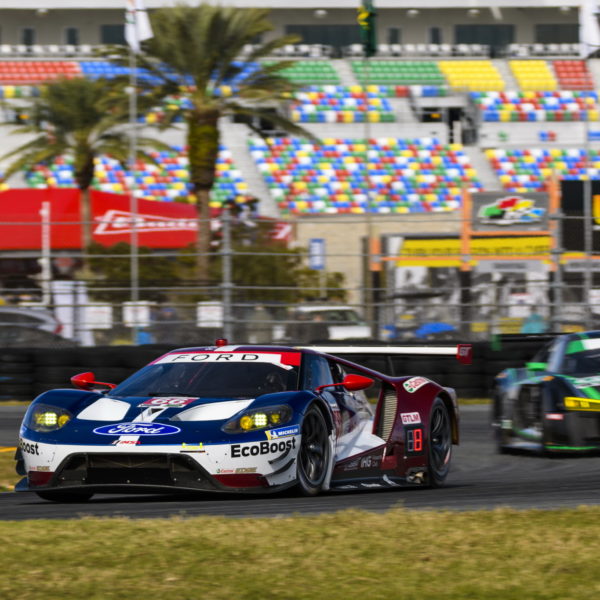 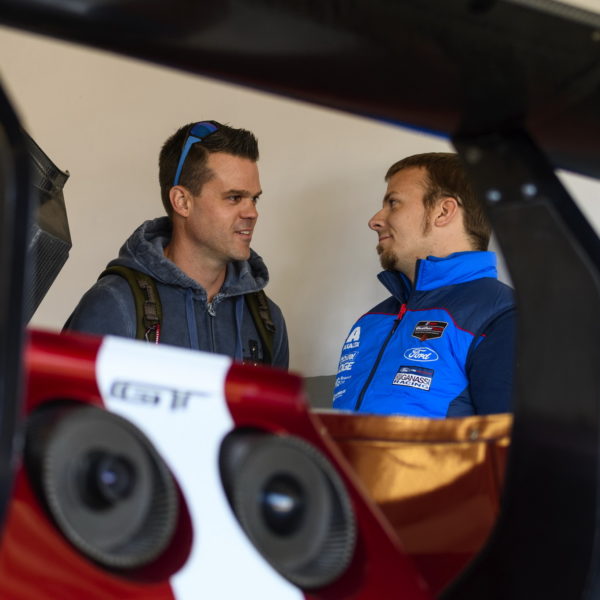 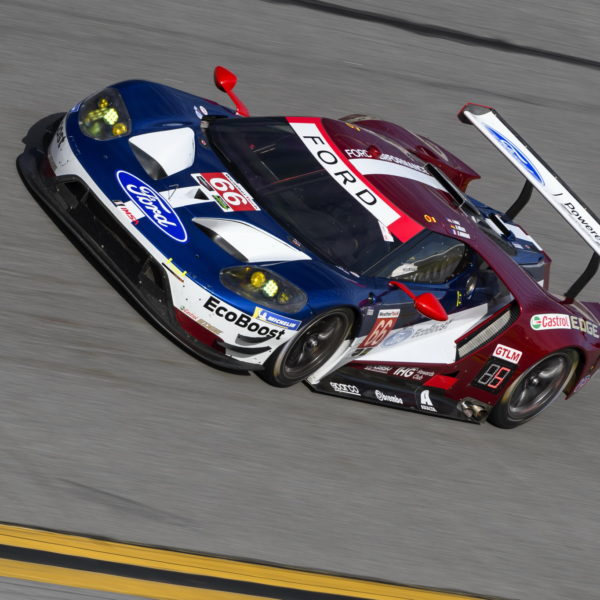 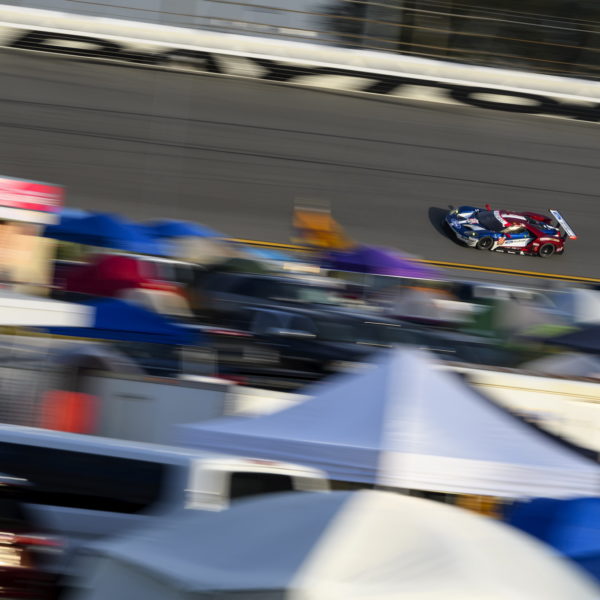 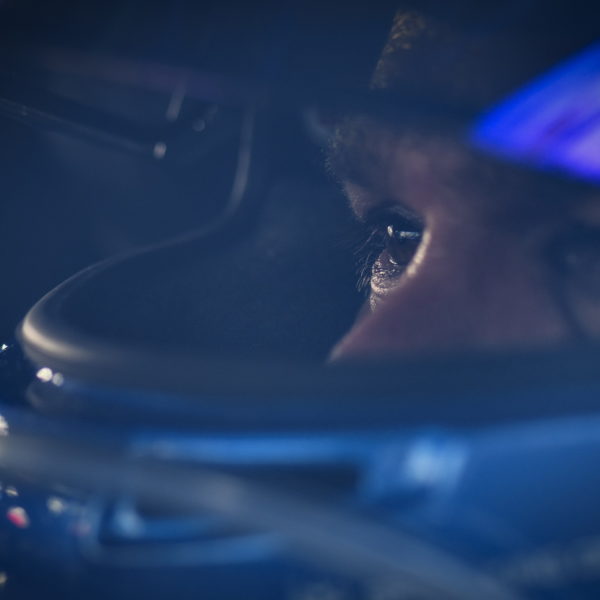 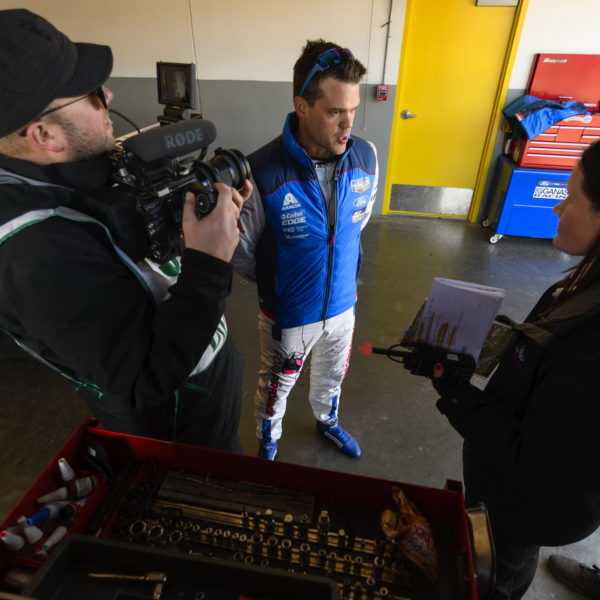 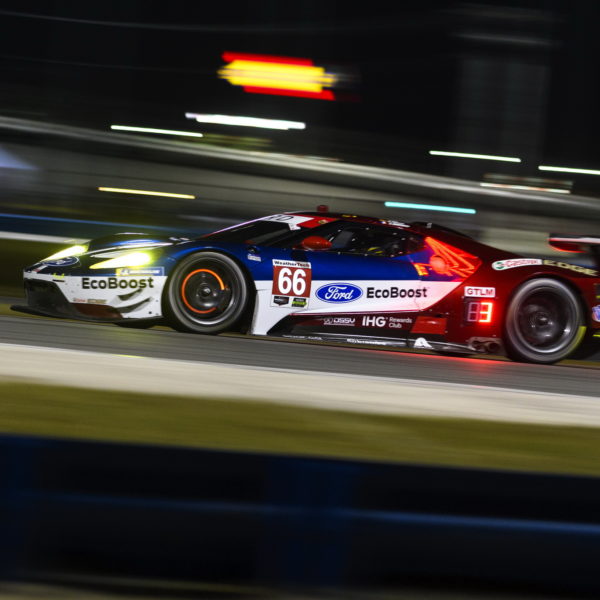