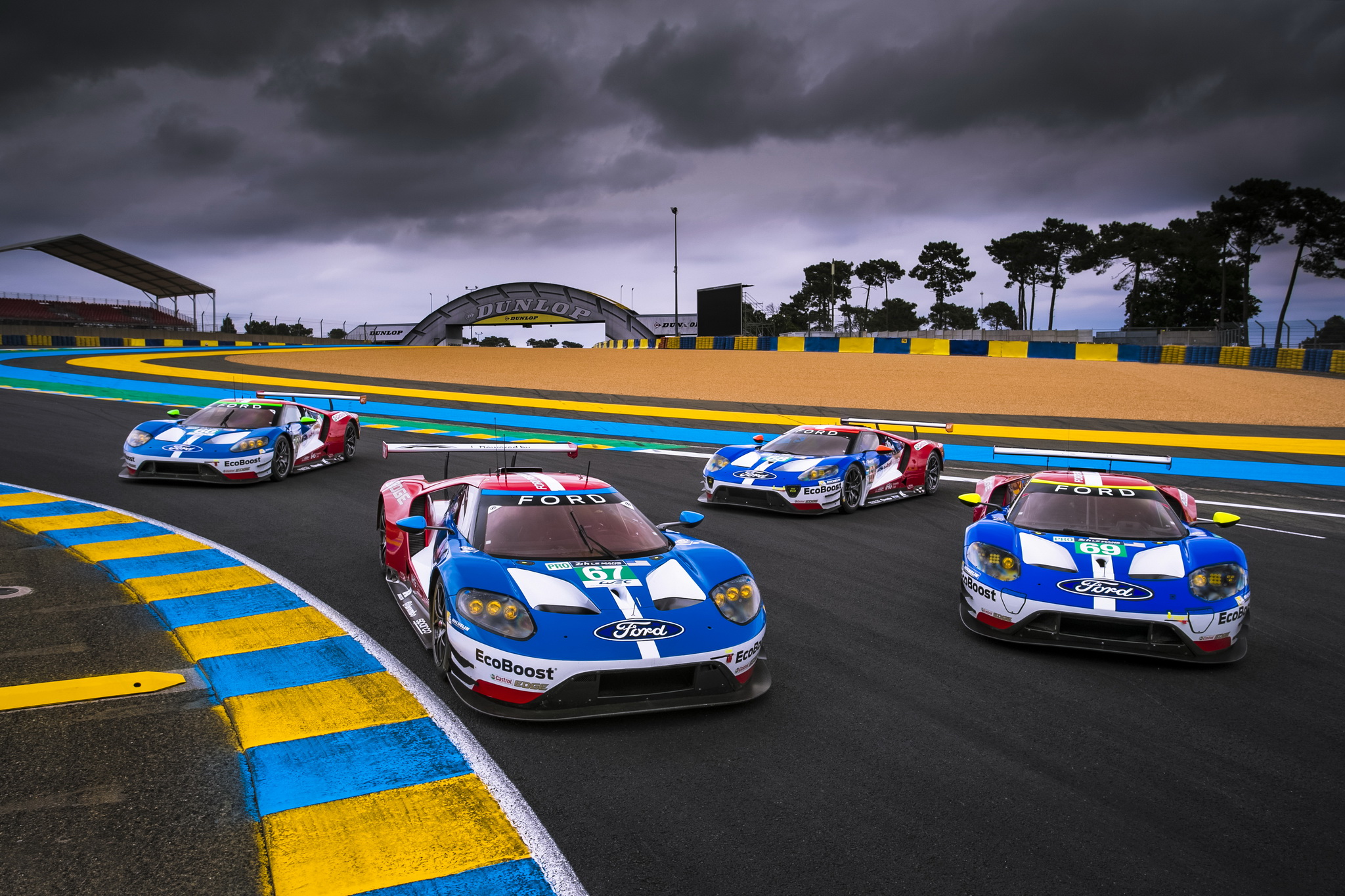 The team delivered an historic victory and since then has become even stronger, winning races all over the world, competing in both the FIA World Endurance Championship and the WeatherTech SportsCar Championship.

In just 10 days time, the four Ford Chip Ganassi Racing GTs will line up at the Circuit de la Sarthe for the start of the 2017 Le Mans 24 Hours and the defence of last year’s victory for the #68 Ford GT.

“The Ford GT represents the very best of Ford and our drive for excellence in all that we do,” said Bill Ford, executive chairman, Ford Motor Company. “To come to Le Mans last year and win the GTE Pro Class was a huge source of pride for all our employees globally. It shows how, when you pull together, you can achieve remarkable things. We are excited to return to Le Mans to defend our title.”

The 2017 race also marks an important anniversary: 50 years since Dan Gurney (US) and AJ Foyt (US) won Le Mans, driving a Ford GT40. This, the second win in a run of four, cemented Ford’s dominance of the world’s biggest sports car race.

“Last year we returned Ford to the world of GT endurance racing, and winning at Le Mans was a very proud moment for Ford, our partners, and all of our fans,” said Raj Nair, executive vice president, and president, North America, Ford Motor Company. “We defend our title this year knowing that to win the Le Mans 24 Hours you have to have incredible commitment. I know our Ford Performance team is ready to take on the challenge and we can’t wait to compete again at this incredible event.”

“Everyone from all four of our car crews are looking forward to being back at Le Mans to defend last year’s win,” said team owner, Chip Ganassi. “It is always nice to compete when you know that you have four quality chances to win an historic event like the Le Mans 24 Hours. We had a fantastic 2016 with the Ford GT and we look to make 2017 even better.”

“It’s clear after the test with the 2017 Balance of Performance (performance restrictions designed to deliver close racing) that we have a lot of work to do before the race,” said Dave Pericak, Ford Performance global director. “Last year was a historic victory and the racing was as close as ever. We can only hope that the racing this year, with new cars from the competition, is as well balanced and will produce the same competitive racing that the fans are hoping for.”

Bourdais out, Kanaan in for Le Mans
The only piece of the puzzle that will be missing is Le Mans born Sébastien Bourdais, who is recovering from an accident during qualifying for the Indianapolis 500. It is a blow to the team, especially as Bourdais was in the winning #68 crew in 2016, but Joey Hand (US) and Dirk Müller (GER) have INDYCAR star Tony Kanaan (BRA) to help them fight for the top prize all over again.

“For sure it won’t be the same without Seb at Le Mans,” Hand said. “But we are a strong team and we’re ready for this. I’ve been working out every day to make sure I can physically go the distance and be on my ‘A game’ throughout. Le Mans is tough mentally too, but the strong support I have from my family really helps me with that side of things. I think when your mind is right on everything else, your mind will be right on racing. We were lucky to get time on the Ford Performance simulator and I’ve done some thinking about the rules that are different at Le Mans. Mistakes aren’t an option if you’re going to win, so I want to make sure we’re all buttoned-up.”

The crew of the #69 Ford GT remains as Ryan Briscoe (AUS), Richard Westbrook (GB) and Indianapolis 500 pole sitter, Scott Dixon (NZ). They made it to the podium last year and that has given them a great preview of what success feels like at Le Mans.

“I can’t wait to go back,” Briscoe said. “Last year was such an amazing experience, being part of Ford’s historic comeback. I hope we can be up there competing for the win again. It was the experience of a lifetime to be on the podium last year. The sea of people cheering you on is an incredible sight. Le Mans is an amazing event to be part of. You have so many competitors from all over the world that compete there; lots of different nationalities and cultures but just one goal.”

The #66 Ford GT of Stefan Mücke (GER), Olivier Pla (FRA) and Billy Johnson (US) finished in fourth place last year after having to pit when penalised for a broken number panel light. Despite this, they were just one lap behind the winners at the finish and they are more motivated than ever this time around.

“That penalty cost us what could have been a very good result at Le Mans,” Mücke said. “For the Ford Chip Ganassi Racing team it was a great result and it was very special for all of us to be the first people to drive the Ford GT race car at Le Mans. We didn’t get the result we wanted but that’s Le Mans. You need to have a perfectly clean race to win it. Our goal is always to win and this year we have the new World Championship so the double points at Le Mans are very important. It’s 24 hours, it’s a hard fight and you have to make it to the end without any issues. You can’t predict the Le Mans result. We saw last year with Toyota that everything can change on the last lap.”

The 2017 Le Mans 24 Hours was a tough race for the #67 Ford GT crew as the car developed a gearbox problem just before the start, which put paid to any challenge. This year Andy Priaulx (GB), Harry Tincknell (GB) and Pipo Derani (BRA) want to be at the heart of the battle.

“We qualified fourth for the start of last year’s race and we were really happy as we had a good race strategy and our pace looked good,” Tincknell said. “Unfortunately we had a gearbox issue on the way to the grid that we had to fix in the pits, and that lost us 40 minutes. That put us out of contention so our race was a fact-finding, data-gathering mission after that. We were really fast and we learned a lot so hopefully all of that knowledge will help us this year. Le Mans is the biggest race in the world and it scores double points for the World Championship so it’s super important. Our goal is to win of course, but we also need to be the top scoring WEC car.”
USEFUL INFORMATION

New for this year and especially striking at night, the wing mirrors will be coated in electroluminescent paint that will glow in each car’s unique colour, making each car easily identifiable at all times while adding almost no weight.
Did you know?
• When Dan Gurney decided to spray the Champagne he was given on the podium after his 1967 victory he started the tradition that continues all over the world today.
• It was Bruce McLaren who told Chris Amon to “Go Like Hell!” in 1966. 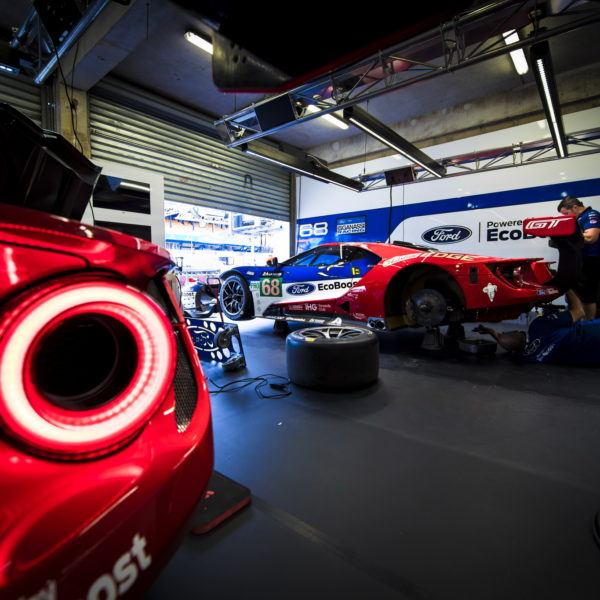 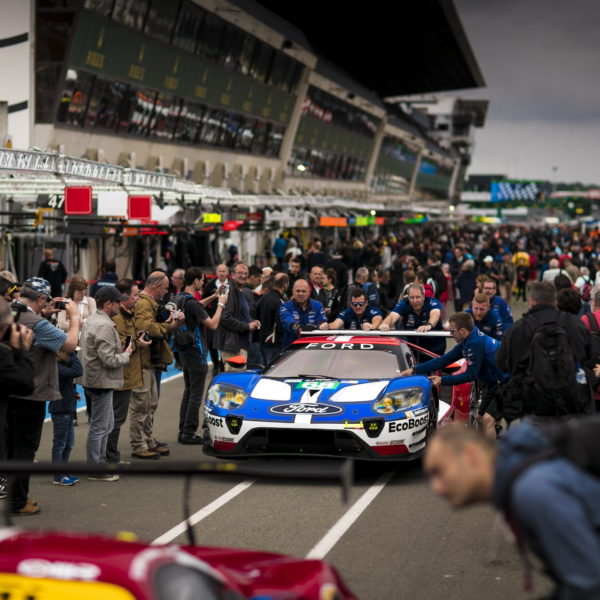 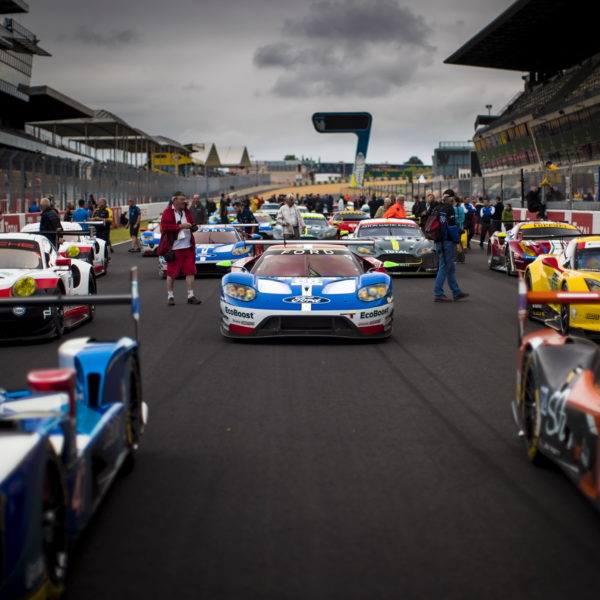 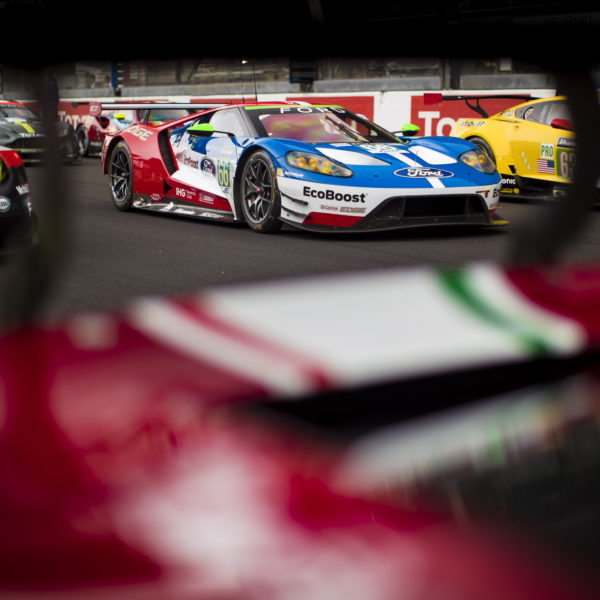 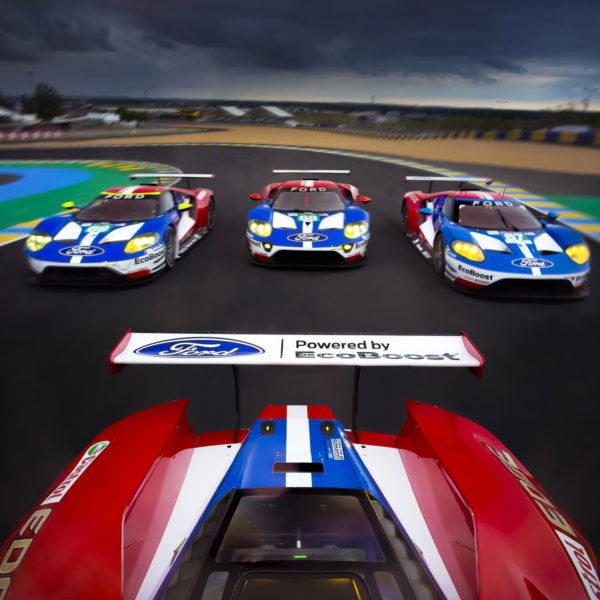 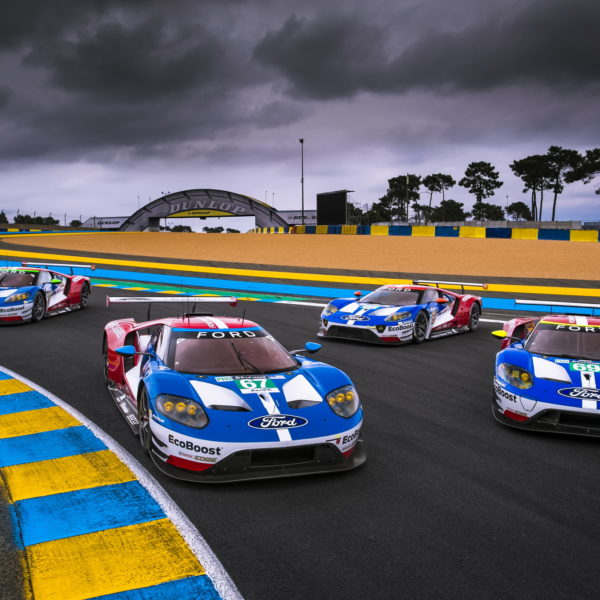 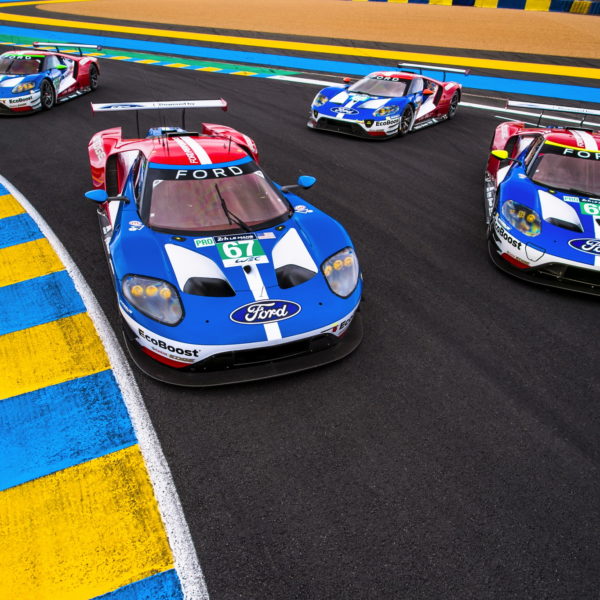 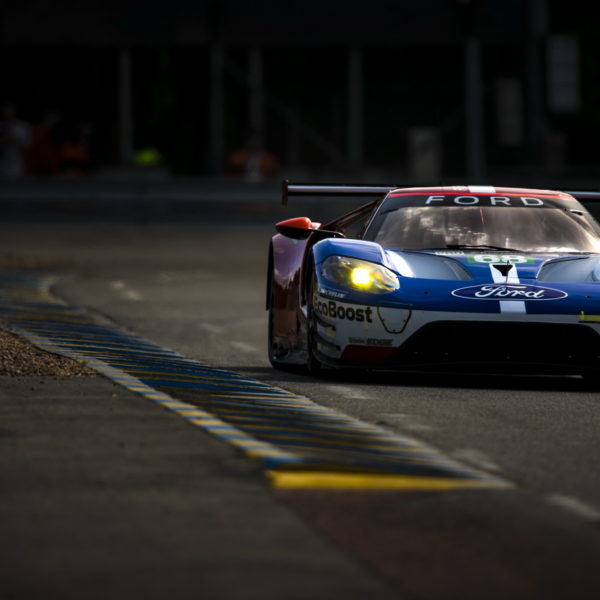 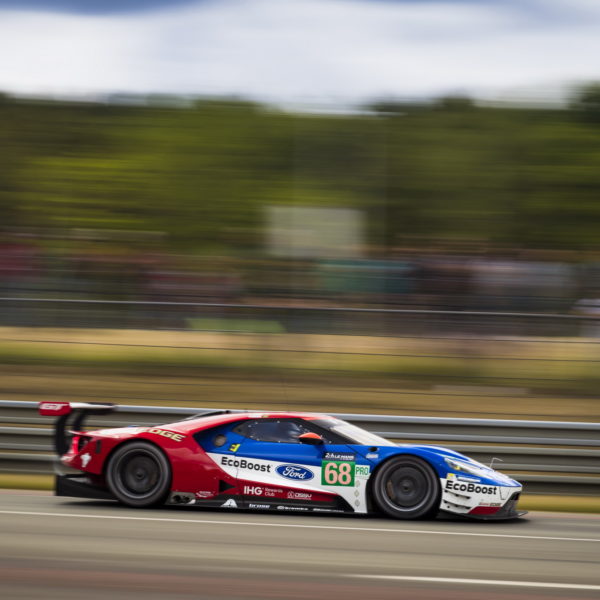 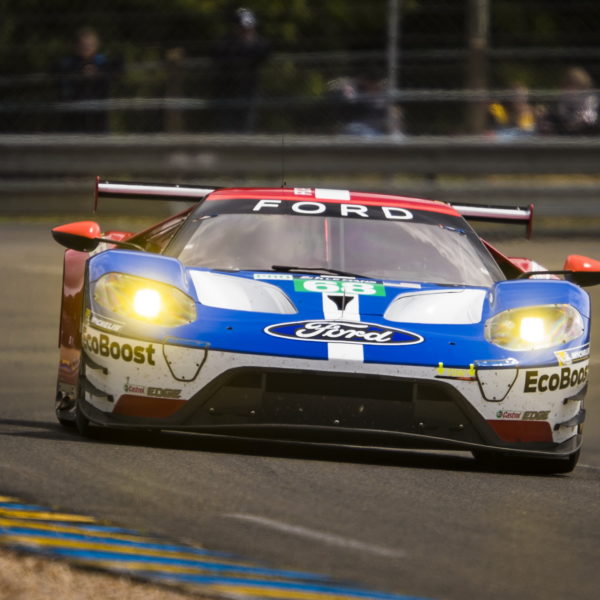 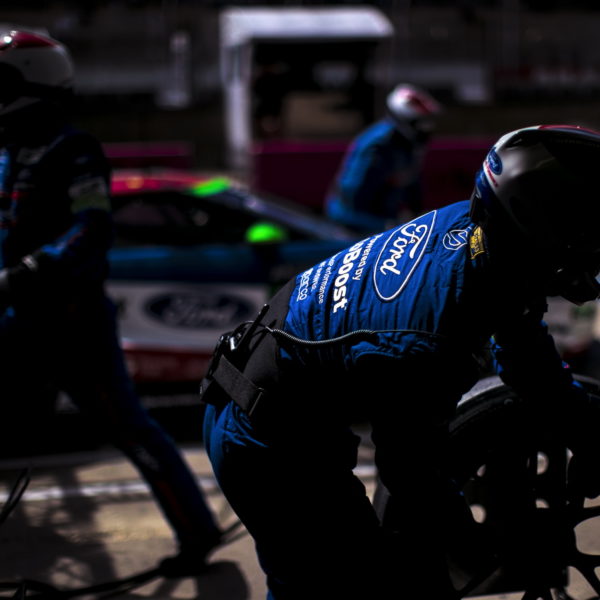 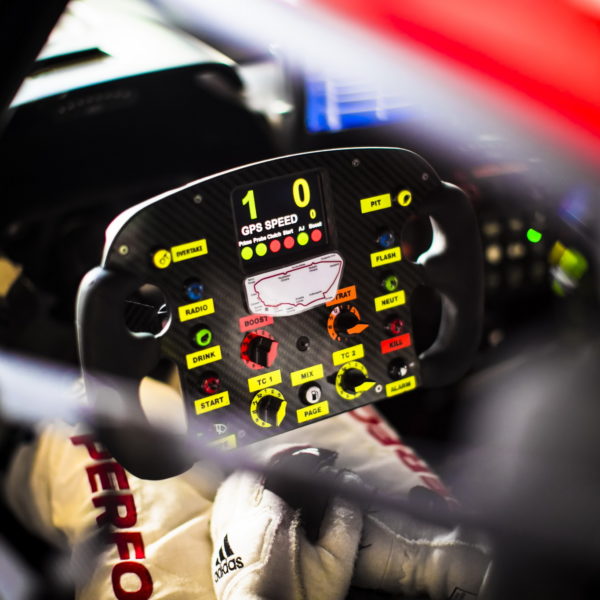 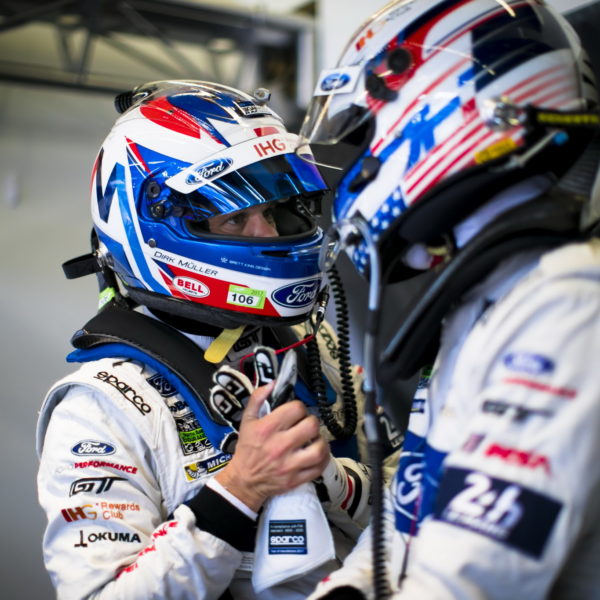 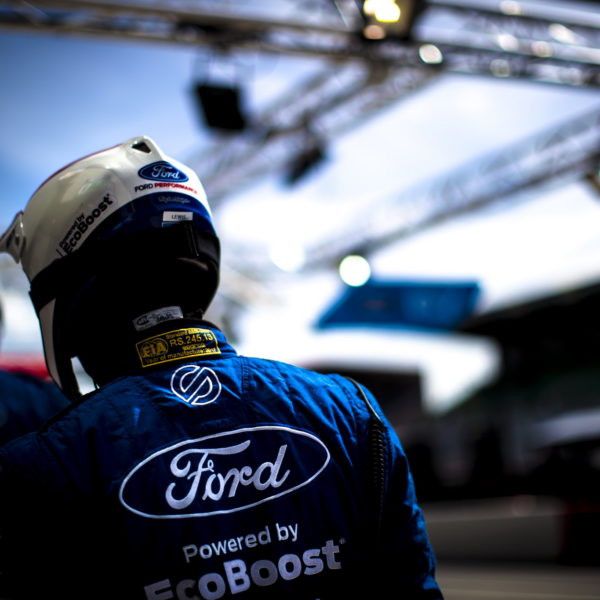 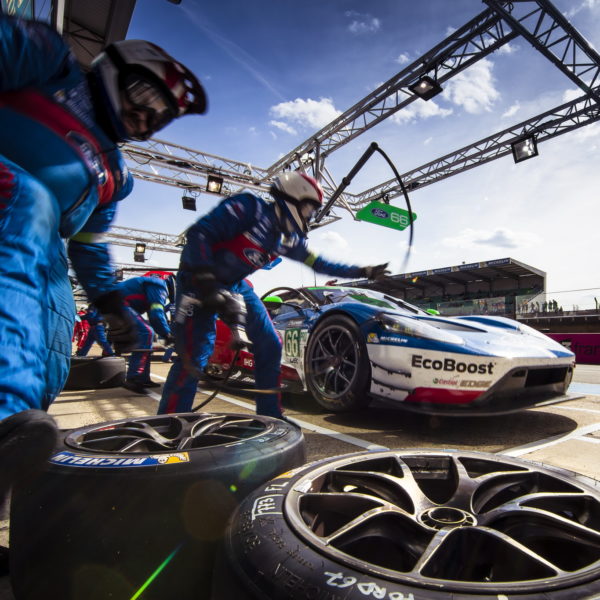 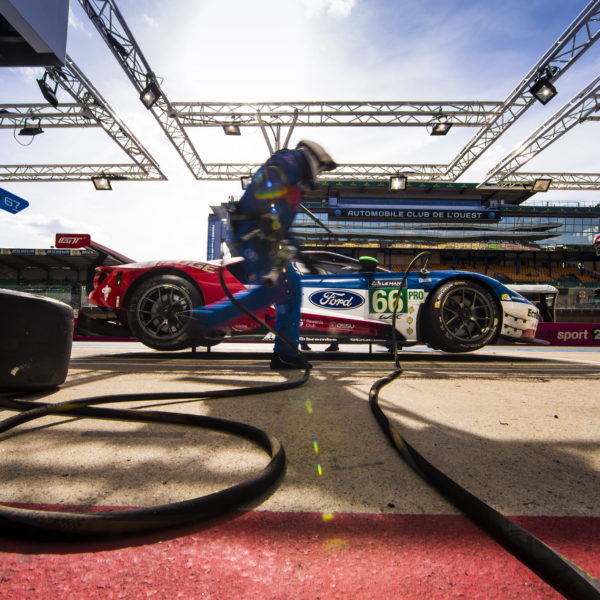 Raceday‼️ We will give it all. 🙏 fans for

Not the race we were hoping for🤷🏼‍♂️ E

💥 News is out 💥 Super happy to be part of

Ready to dive again🙌🏻 @nuerburgringls #4 is

Another day another race. Let’s do this boys! Th

What a great day it was👊🏻 Thanks @hauptracin

We will give it all. 🙏 fans for watching us and for all the messages. We definitely miss you here and around the #greenhell @ Fahrerlager / Boxengasse Nürburgring ... See MoreSee Less

View on Facebook
We use cookies, facebook-, twitter- & instagram-plugins to ensure that we give you the best experience on mywebsite. If you continue to use this site we will assume that you are happy with it.OkReject CookiesRead more