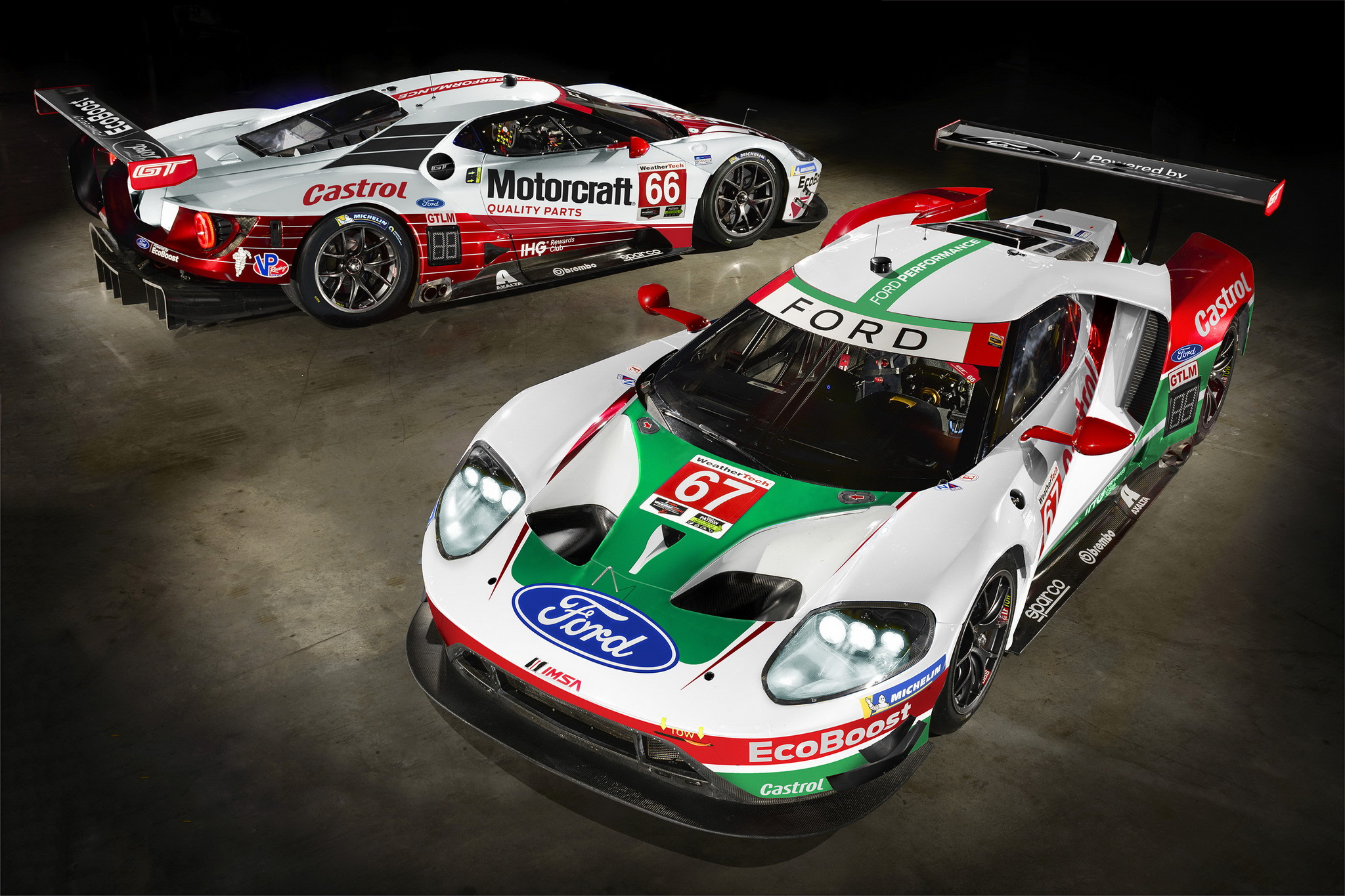 The No. 66 Ford GT of Joey Hand, Dirk Müller and Sébastien Bourdais will wear the colors of the Roush Racing Motorcraft Ford Mustang that John Jones, Wally Dallenbach Jr. and Doc Bundy drove to a GTO victory at the Rolex 24 At Daytona in 1985. Jones won the IMSA driver’s championship title in the GTO category after dominating the competition that year.

The No. 67 of Richard Westbrook, Ryan Briscoe and Scott Dixon will carry a throwback tribute to current race team partner Castrol. The iconic green and red stripes are accented with the Castrol Edge logo and adapted to the Ford GT’s lines.

“We’re excited to show off our Ford GTs in a new way, and at the same time join IMSA in celebrating its 50th anniversary,” said Mark Rushbrook, global director, Ford Performance Motorsports.

The Ford GTs will revert to their traditional red, white and blue liveries following the race.

Ford CGR has won the Rolex 24 GTLM title two years in a row, bringing Ganassi’s Rolex victory total to eight. Last season, the No.’s 67 and 66 finished p1-2 for a double-podium after the No. 66 drove to the win in 2017. Ford claimed the IMSA WeatherTech manufacturer’s championship for GTLM at Petit Le Mans last year after Ford CGR earned five wins in the Ford GTs third full year of competition.

“I’m really excited and proud that Ford is doing something to celebrate the 50th anniversary of IMSA,” Westbrook said. “Ford and Castrol had a lot of successful history in those years, so for the two to come together and do something as eye-catching as these new liveries, I’m going to be really proud driving that car. I’ve seen enough footage of cars in that livery going around Daytona before the bus stop chicane was put in, which was a very iconic period of IMSA racing, so to be in an iconic car in that livery trying to defend our title will be something really special.”

Briscoe has a special connection to the new livery.

“Castrol was one of my first official sponsors ever, when I started racing karts,” Briscoe said. “It’s been great to have them on our Ford GT as a partner, but to run a Castrol livery like this is really something special. It would be amazing to get a win for them.”

“It’s always cool to have something new after running the same colors for three years. I love the red, white and blue, but it’s always cool to have something new,” Hand said. “Just having the cars in all white at the test, they looked great. I think it’ll be fun to have a throwback Motorcraft theme on the car, with those colors, I think people are really going to love it. For me, it’s kind of funny, because it’s a throwback theme, but at the same time, my grandpa owned an auto parts store and so did my dad, so I remember seeing the shelves full of Motorcraft parts and selling those parts to customers as they came in, then going back and getting parts off shelves and looking at parts numbers. It works out for me that I’ll drive a Motorcraft car at the Rolex 24.” 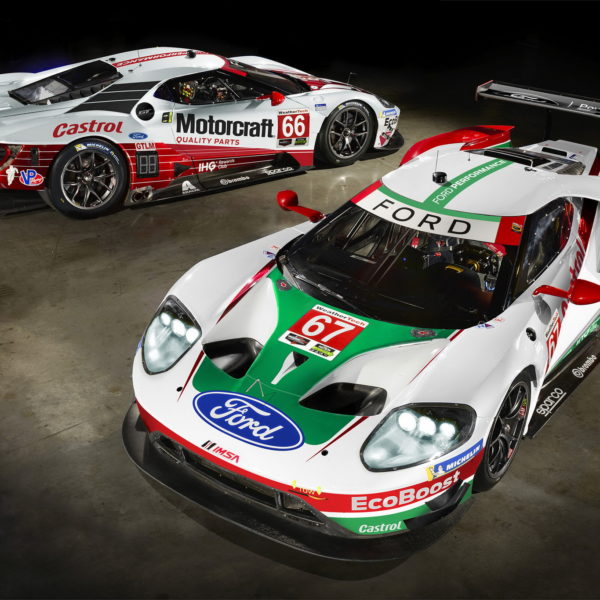