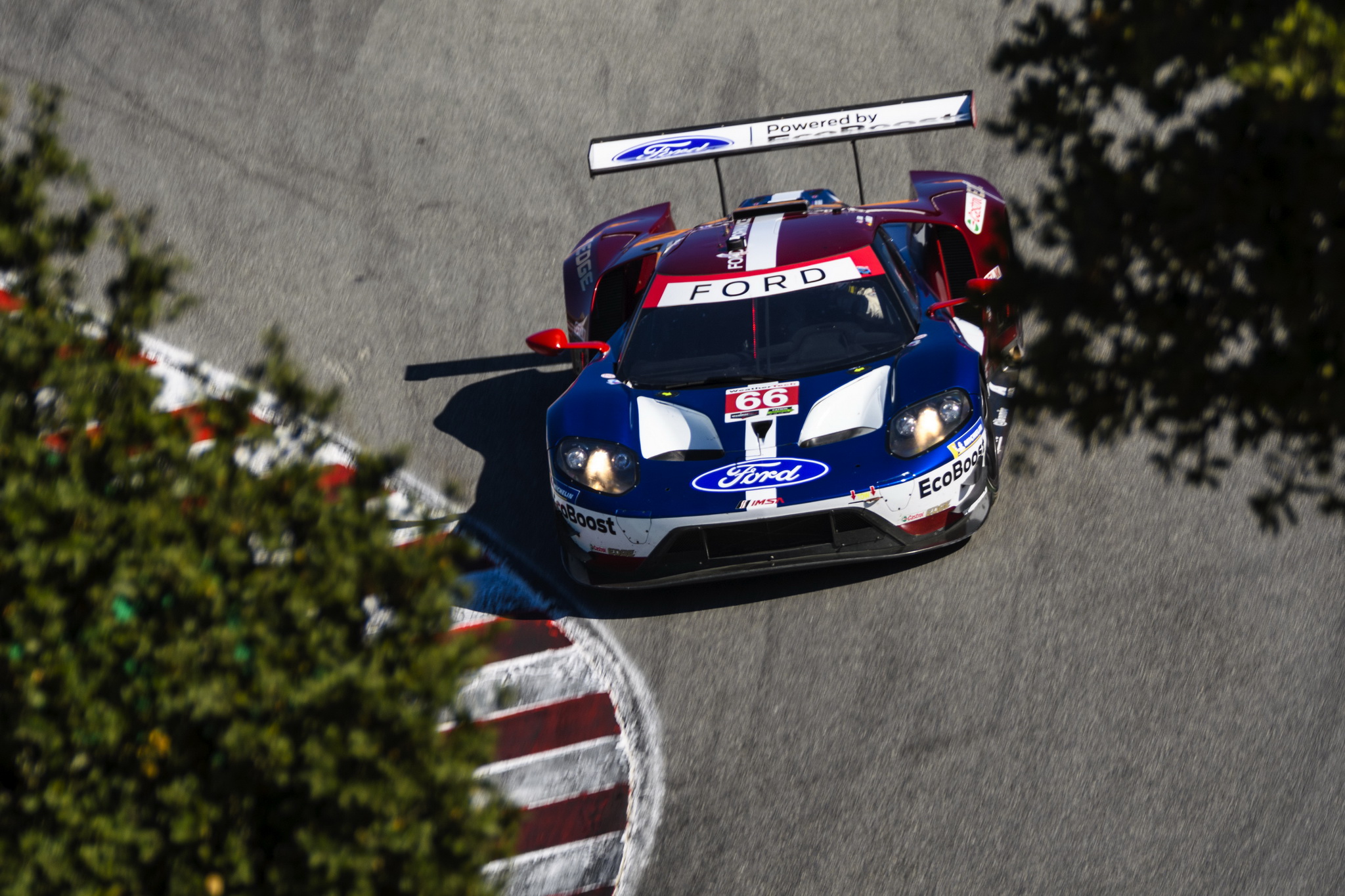 MONTEREY, Calif., Sept. 8, 2018–Ford Chip Ganassi Racing will start on the outside pole for the third year in a row at WeatherTech Raceway Laguna Seca Sunday.

Driver Dirk Müller nearly nabbed Ford GTs first pole at the Central California track at the end of the GTLM session, finishing just behind the top qualifier with a 1:22.787 in the No. 66 Ford GT he shares with co-driver and hometown favorite Joey Hand.

“WeatherTech Raceway Laguna Seca is itself such a lovely place, but at the same time, it’s so challenging to get the right set-up for not only qualifying, but also the race,” Müller said. “We definitely nailed it. The car was at its best all weekend. I knew I’d need only tenths. I tried to squeeze it in there, and I gave it all. That was a 100-percent lap. P2 is a good starting point. We’re starting ahead of everybody else in the championship fight, so that’s good, and it was a good team effort at second and fourth. Thanks again to the team. Good work, good strategy, good set-up on the car.”

Ryan Briscoe will start the No. 67 Ford GT he shares with Richard Westbrook right behind his teammate at p4 after logging a 1:22.850 in qualifying.

“It was an interesting qualifying session,” Briscoe said. “I think we missed the balance a bit and I didn’t get all the sectors together. Still, great effort by everyone. We got both cars in the top four. It’ll be a great battle with Corvette tomorrow. It’s just a beautiful track, but it’s tricky because it’s so slippery and it’s hard to really get it just right. Looking forward to the race.”

Two races remain in the IMSA WeatherTech SportsCar Championship season and both Ford GTs remain in the fight for the title. The No. 67 Ford GT is just four points behind the leader in the point standings, while the No. 66 Ford GT is nine points out. Heading into the race, Ford led the manufacturers’ standings by 12 points and can all but secure the title at Laguna Seca. 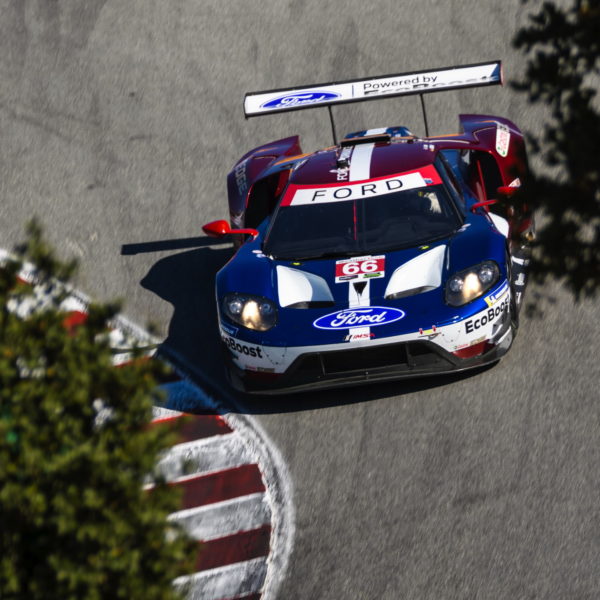 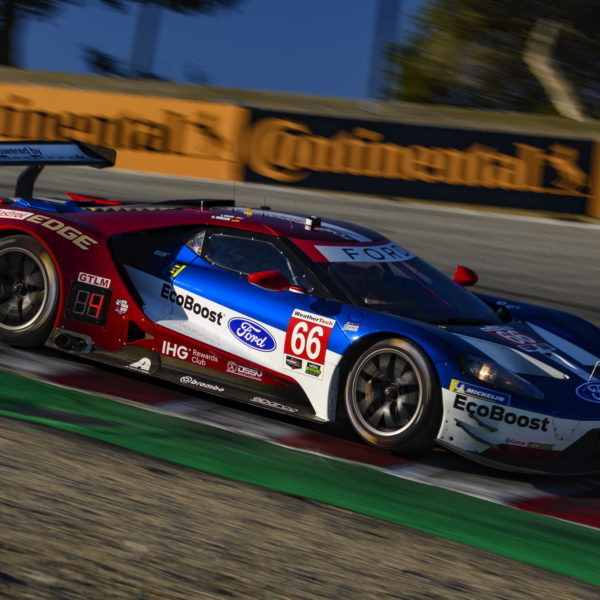 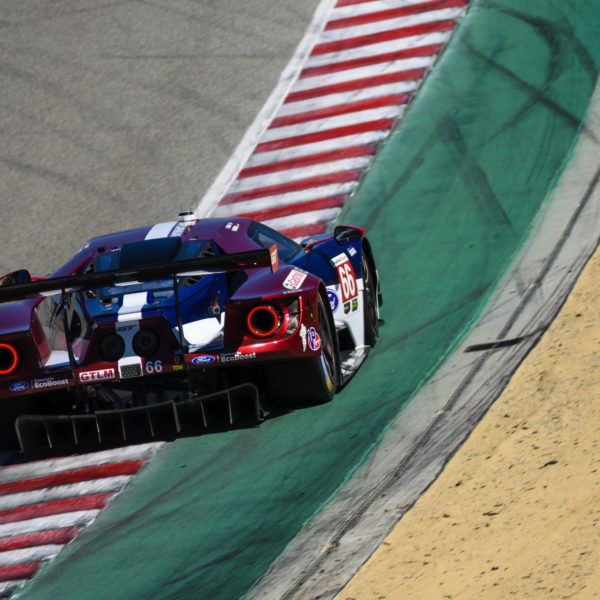 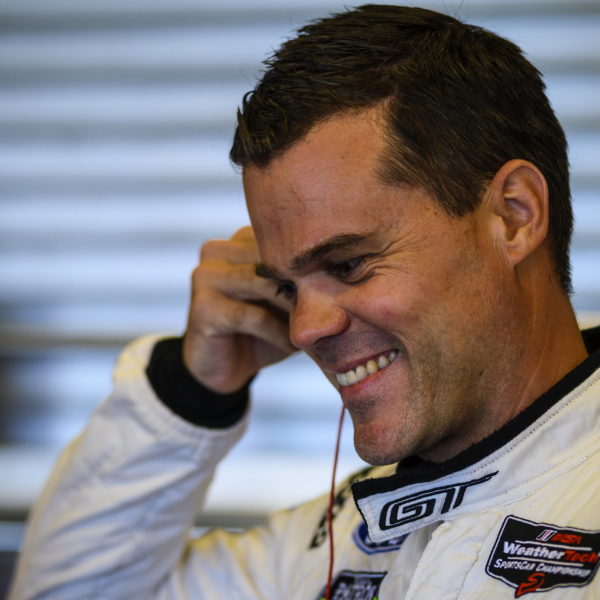