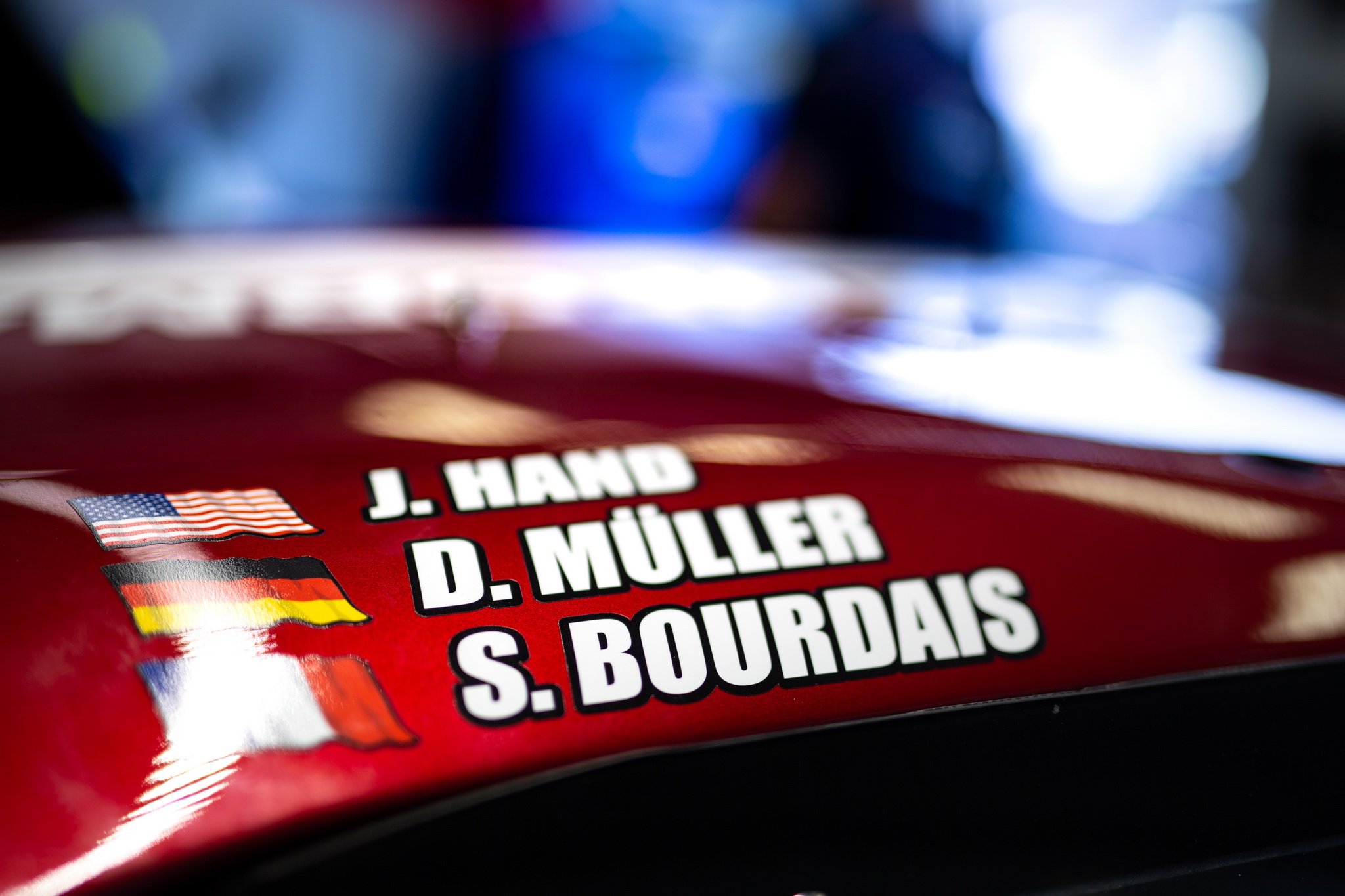 DEARBORN, Mich., June 5, 2018 – When the 2018 Le Mans 24 Hours gets underway next week (June 16-17) the Ford Chip Ganassi Racing team will face its greatest challenge yet. The class in which the Ford GTs compete at Le Mans – ‘GTE Pro’ – now boasts 17 of the world’s best GT cars and 51 of the world’s fastest racing drivers, making it the fiercest contest the team has faced so far.

Now in the third year of its successful Ford GT race programme, which has seen Ford Chip Ganassi Racing win at Le Mans in 2016 and finish as runner-up in 2017, the team is ready to take on all challengers.

“It’s rewarding to see all four cars come together as one team every year at Le Mans,” said Mark Rushbrook, global director of Ford Performance Motorsport. “It shows the scale of the global effort we launched in 2016 and have been building on since.

“Le Mans is always the ultimate challenge but this year it has gone up a level through the sheer size of the opposition. We’re going up against the best that Ferrari, Porsche, Aston Martin, Corvette and BMW have to offer and we can’t wait. This is why we race.”

The Le Mans 24 Hours is always a highlight in Chip Ganassi’s racing calendar and he too is fully committed to shooting for another Ford victory in 2018.

“The Le Mans 24 Hours is one of those races that you have circled on the calendar,” Ganassi said. “It has everything. It’s on an historic track in France, it is an endurance race and it is one of the most spectacular events in the world. When you win a race like Le Mans, you know you have accomplished something. It is multiple drivers, crew members and the right manufacturer all coming together. I can’t wait to get back there to compete for another win.”

The #66 Ford GT crew of Stefan Mücke (GER), Olivier Pla (FRA) and Billy Johnson (USA) took their first victory in the opening round of the FIA World Endurance Championship at Spa in Belgium last month. Le Mans has been hard on them over the last two years so they hope the Spa win signals a change in their fortunes.

In the #67 Ford GT, Indycar star Tony Kanaan (BRA) joins last year’s runners-up, Andy Priaulx (GB) and Harry Tincknell (GB), and they all have their eye on the top step of the podium.

Already podium finishers in 2018, the drivers of the #68 Ford GT are the history-makers: the crew that took Ford’s first modern-day Le Mans win in 2016. Joey Hand (USA), Sébastien Bourdais (FRA) and Dirk Müller (GER) would love to do the double.

The drivers of the #69 Ford GT got their 2018 campaign off to the best possible start by winning the Rolex 24 At Daytona. Ryan Briscoe (AUS), Richard Westbrook (GB) and Scott Dixon (NZ) are more than ready for another 24-hour win.

All of the drivers of the Ford GTs know what they have to do at Le Mans. Here they reflect on the past two Le Mans and talk about their aspirations for the 2018 race.

The first year at Le Mans with Ford was tough for us in the #66 GT as we lost two laps in the pits, changing the light panel on the door,” said Olivier Pla. “We were on the same pace as the other Fords so for sure we missed out on a podium there. Year two was looking really good until around 1 a.m. when we had a rear suspension failure that sent me off at Indianapolis. That cost us around seven laps and that was that!

“Our goal for year three is the same as ever: we want to win! The GTE Pro field has never been so competitive so it would be incredible to win this year. We are a strong team with a strong car and good driving crews. Now we just need to make sure everything is perfect and that the luck goes our way. The more you do it, the better you get at it!”

#67 FORD GT: “You learn something new every time you do Le Mans.” (Andy Priaulx)

“The first Le Mans with Ford in 2016 was tough for us as we had a gearbox problem on the grid so our race was almost done before it started,” said Andy Priaulx. “The second one was great for us though, as we had a really good run and a bit of good fortune on the last lap, taking second place.

“This year’s race looks like it will be the toughest yet, but to win under circumstances like that is amazing. I’d love to stand on the top step at Le Mans; I’ve had a third and a second there and a few years ago I led the race for 23 of the 24 hours! There are another 16 GTE Pro cars, each with three drivers who are all saying the same thing, so it’s going to be a thriller! You learn something new every time you do Le Mans. It’s one of those events that you have to work out. This will be my fifth and every year it’s gets better as you have more experience, but it doesn’t get any easier!”

“The first year stands out for me because we won. Ford has this incredible history at Le Mans and now we are part of it. We were able to write our own piece and lock ourselves down in the history books and, for me, that’s pretty cool. As I get older and I’m not driving any more, that’s something that’ll always be there. We weren’t able to race for the win last year so we want to do it this year. You never know how many times you’re going to race at Le Mans so you have to take advantage of every opportunity.

“Every year we get better and better as a team and as you get comfortable, you do better. We know more about this race now, from where we stay, the routine we have, knowing where everything is, knowing how scrutineering works. The more comfortable you are, the less you’re wondering what’s happening next. I’ve always said I think comfort produces results. Everything comes together to produce a result.”

#69 FORD GT: “I think Le Mans will always throw something at you that you’ve never seen before.” (Ryan Briscoe)

“Year one was incredible for us. We had a really strong race with a rookie team performing like absolute champions. To finish with two of our cars on the podium was surreal. I remember the second year we just didn’t have the performance to win the race, so now we want to win! We set the standards pretty high in year one so anything less isn’t a goal anymore. I think we’re off to a great start, winning the Daytona 24 and finishing second with the #66 car.

“It doesn’t really feel different to go to Le Mans in year three. I think on a personal level you never change your approach, no matter how many times you go. The prep work and everything that goes with it is the same. You can’t relax; you can’t feel like it’s year three and take it easy. I think Le Mans, like any big race, will always throw something at you that you’ve never seen before, and that’s what you have to be ready for. I do think year one was extra special. There was a lot about year one: the anticipation of it, the fact it was the 50-year anniversary since 1966, and Ford’s return for the first time since back in the 1960s, which made year one quite unique.” 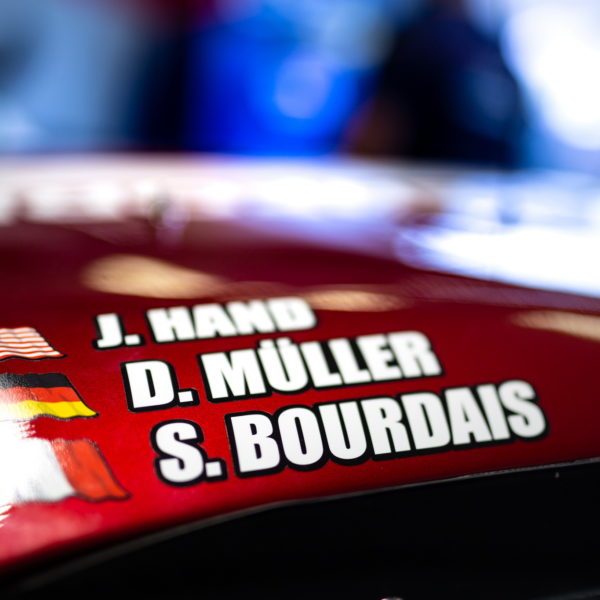 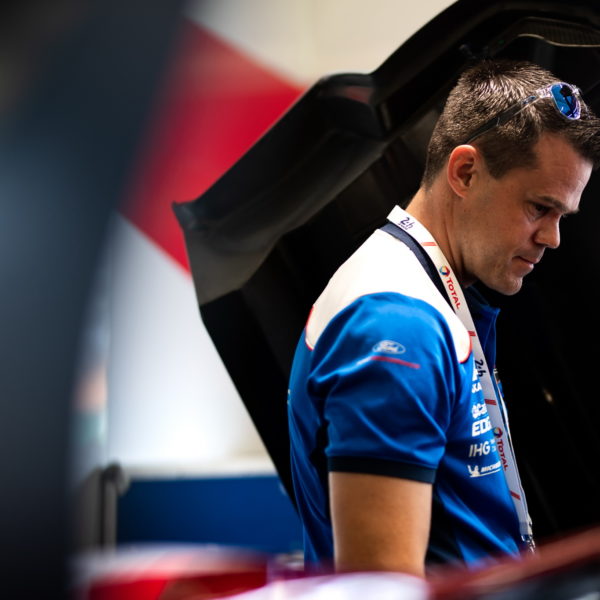 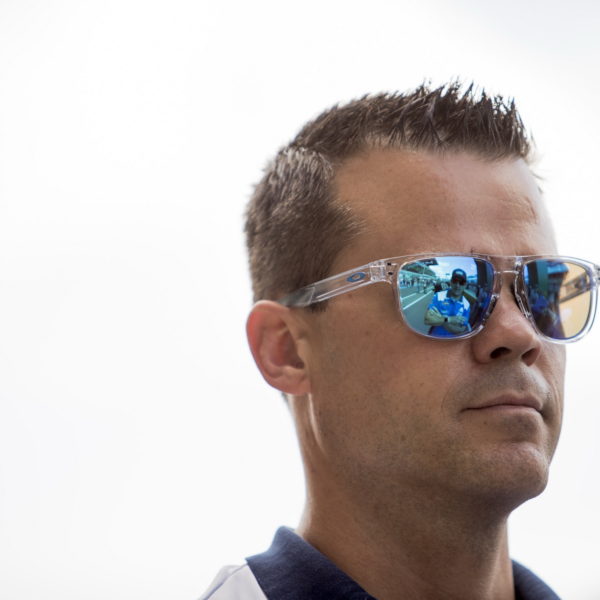 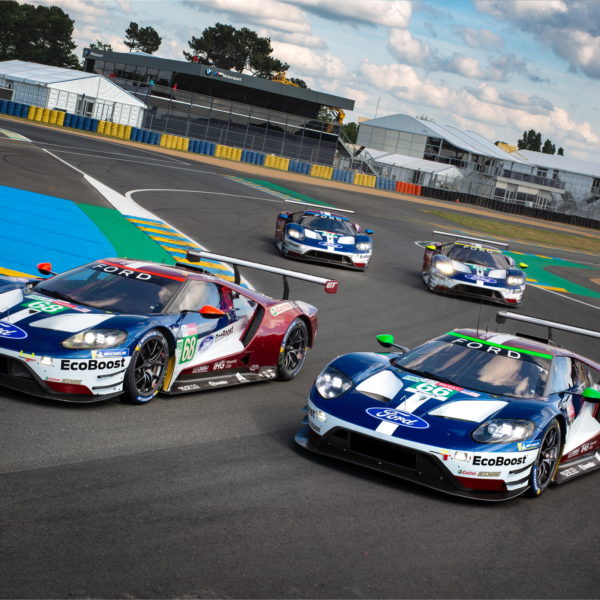 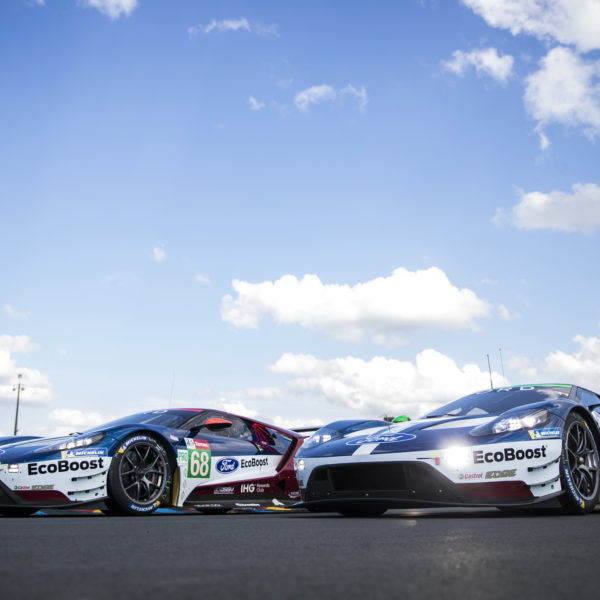 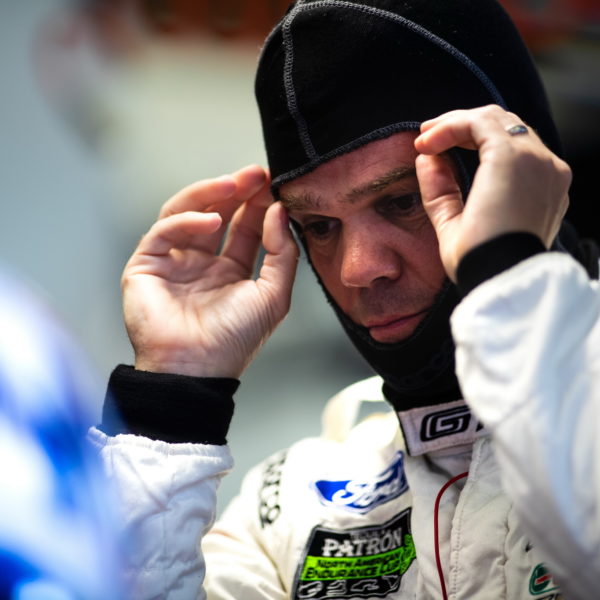 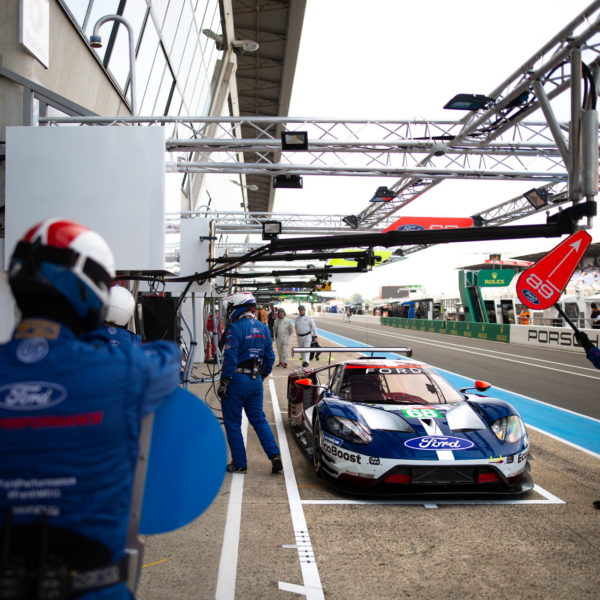 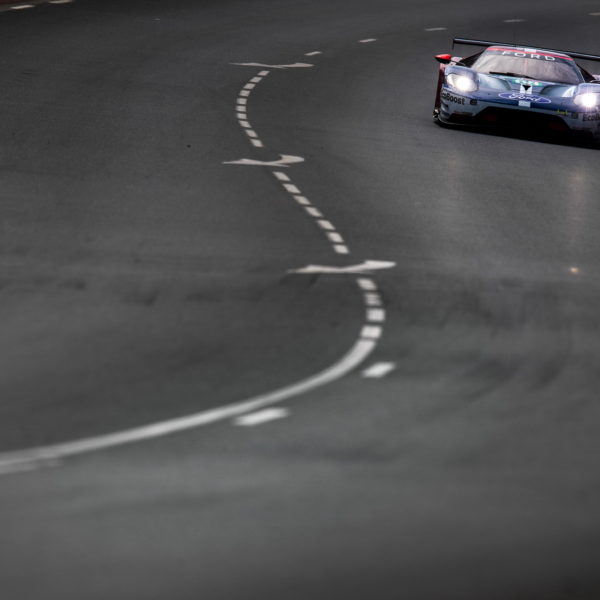 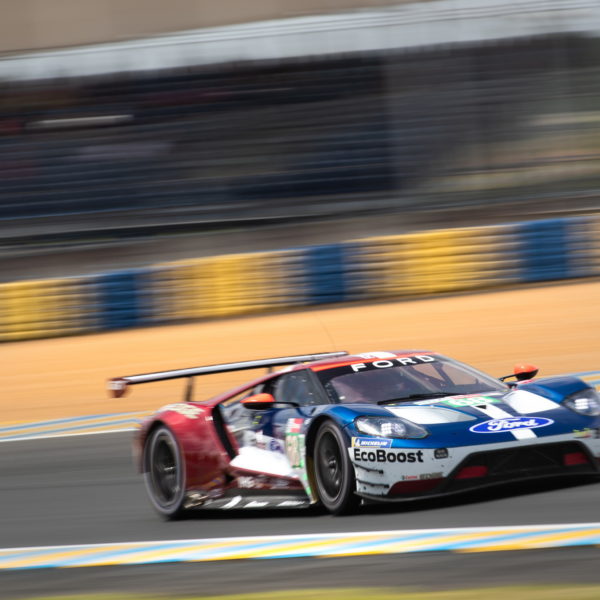 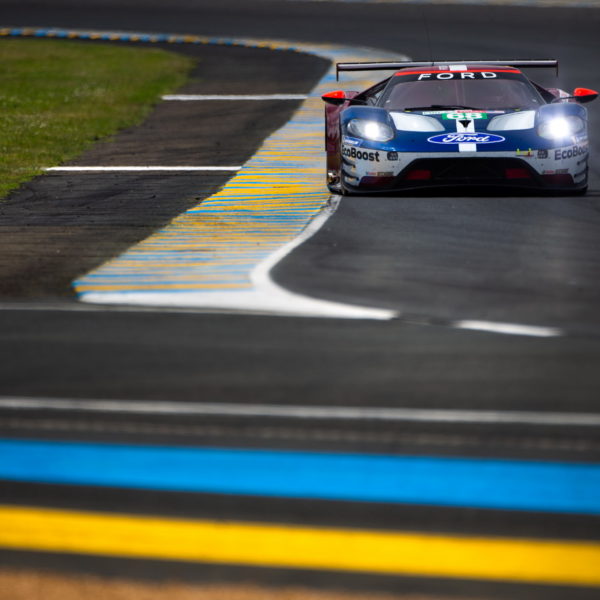 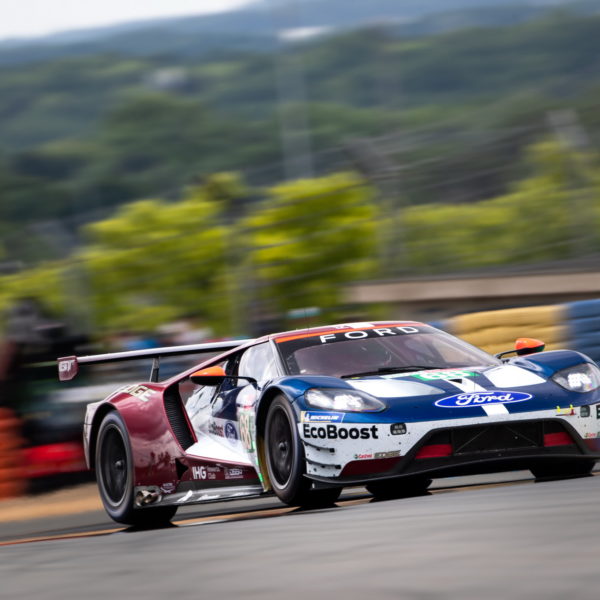 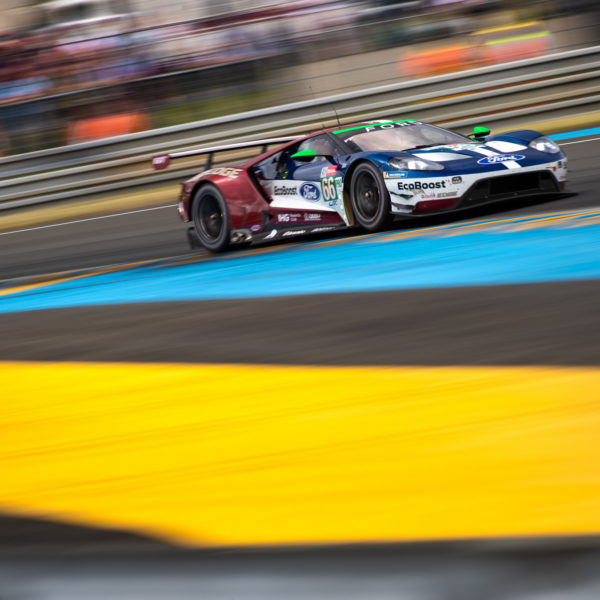 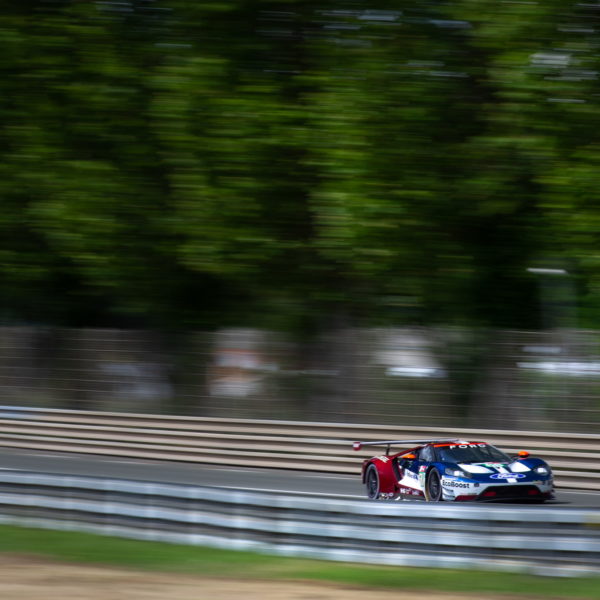 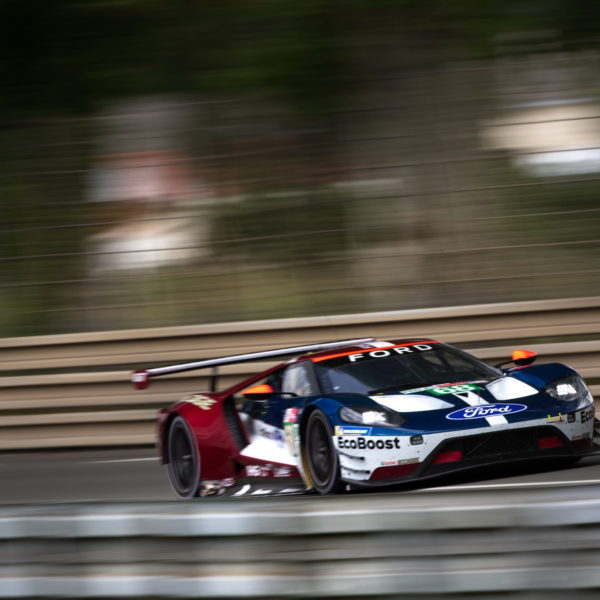 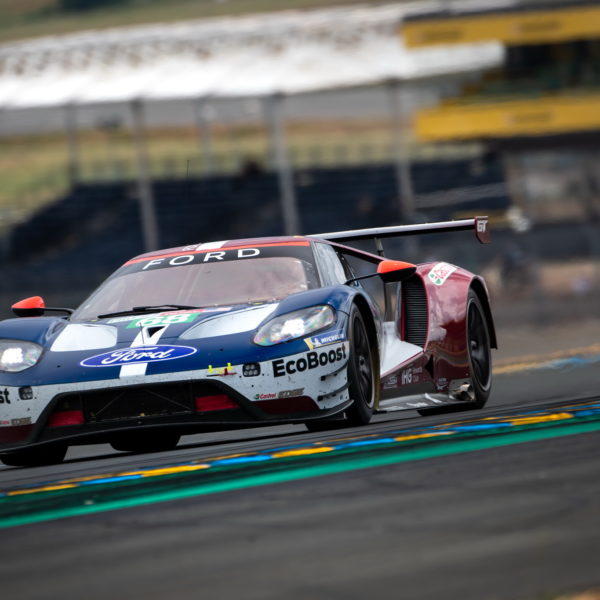