For one, the race is just hours away, instead of days from, the Indianapolis-based team. Secondly, each driver has a history at the tricky track and, mostly good, memories there.

Driver Joey Hand, who took his first steps toward a professional racing career in Ohio, has more than most. Hand is probably best known in the area for a spectacular crash he had there 12 years ago – but his history at Mid-Ohio goes deeper than that.

Before cementing his name in the ranks of notable drivers with the 2016 win at the Le Mans 24 Hours, Hand spent most of his early career competing for Ohio teams – first in CART with DSTP Motorsports near Cleveland, and later in the ALMS with Rahal-Letterman Racing. Hand’s wife Natalie, who he met while both were competitive karting in Central California, kept the books and ran shop operations for DSTP while he raced.

“I’m pretty famous around Mid-Ohio (laughing),” Hand said. “People say I’m infamous for that wreck in 2006. Every weekend I get fans asking me about it. It gave me a name because of that, but the cool part I love about Mid-Ohio, I love it as a race track. It’s that old-school American race track, built on the topography of the land. There’s risks and rewards – a lot of them. There’s a lot of hometown advantage if you know the track. If you place the car in certain places on the track, you’ll be faster than the guy behind you who doesn’t.”

Both Ford Chip Ganassi Racing Ford GTs finished in podium position in Long Beach two weeks ago, with Hand and Müller finishing third in the No. 66 Ford GT while teammates Ryan Briscoe and Richard Westbrook finished second in the No. 67 Ford GT. All four drivers have career wins at Mid-Ohio.

Briscoe, who knows the track from his IndyCar days, says mental toughness as well as track knowledge will play into results on race day.

“With multi-class racing, that balance between aggression and patience will be key,” Briscoe said. “There are some pretty tight and twisty parts of the track that will make passing difficult.”

All four drivers have career wins at Mid-Ohio in various series.

“I’m really, really looking forward to going back to Mid-Ohio,” Müller said. “We raced there for ALMS (The American Le Mans Series) both Joey (Hand) and myself and we had really good races there. It’s a challenging one. It’s a short, tricky track. I’m expecting cooler weather. Ford Chip Ganassi Racing is always very prepared and wants to be one step ahead of everyone, so we’ve already had one good test there. I can’t wait to get back. It’s a phenomenal place and always good for a good crowd. We’ll want to put on a good show.” 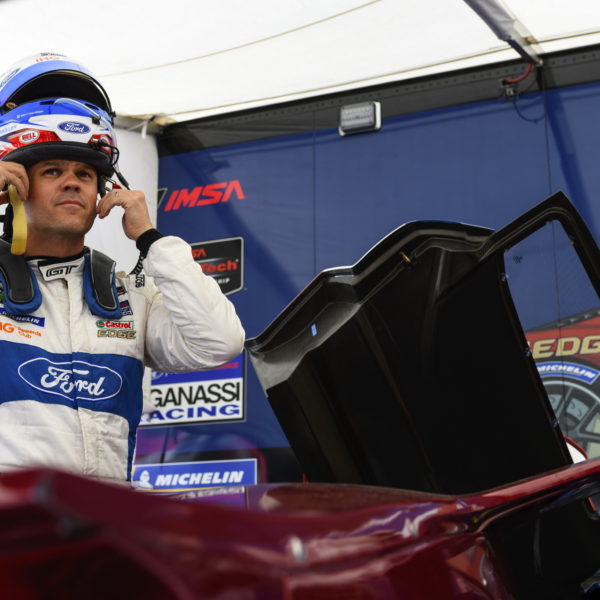 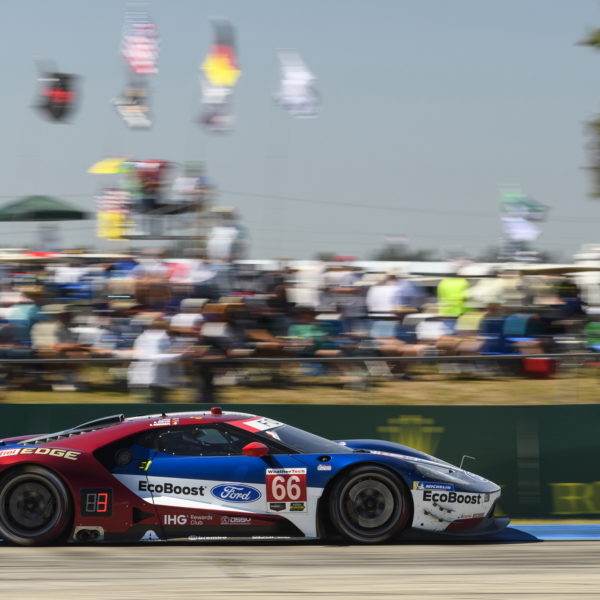