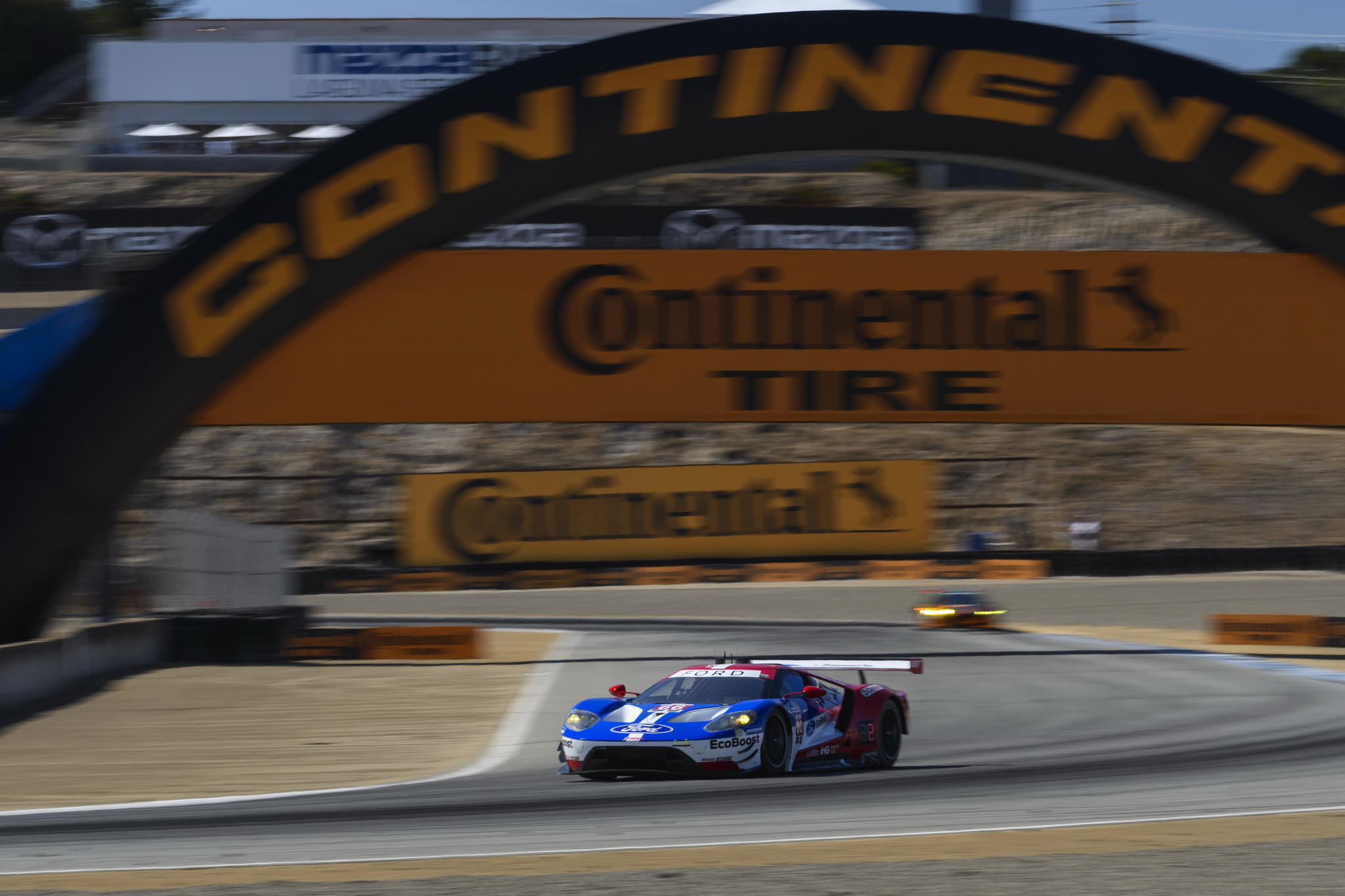 The No. 66 Ford GT will start on the front row for the seventh time in 10 races this year at the America’s Tire 250 Race for the IMSA WeatherTech SportsCar Championship at Laguna Seca on Sunday.

Dirk Müller qualified second for Ford Chip Ganassi Racing with a 1:24.467 lap in the No. 66 Ford GT, while Ryan Briscoe qualified the No. 67 Ford GT he shares with Richard Westbrook at p5.

“We weren’t really happy, to be honest. We were going for the pole but it was a fun lap,” said Müller, who shares the No. 66 with co-driver Joey Hand. “Thanks to everyone on the team for their hard work. Once again, we improved the car step by step, outing by outing, and when it was fastest in the morning practice I knew we were headed there and had a really good car. I was able to push. We were so close.”

“We didn’t have maybe the quickest set-up, but fingers crossed we’ll have the pace and consistency for the race,” Briscoe said. “It’ll be a long hard race. I think we maybe we waited a little too long to go out in qualifying. When I was on my flyer the dirt had already come onto the track from some of the other cars but it’s a long race and we’re definitely going to go fight for the win from p5.”

Two races remain in the fight for the 2017 IMSA WeatherTech SportsCar Championship titles and both Ford Chip Ganassi Racing Ford GT’s are still in the hunt.

The No’s 66 and 67 teams are third and fourth in the point standings, with 257 points apiece, 17 points behind the leader, heading into the race Sunday.

Ford is second in the manufacturers’ standings, two points behind the leader.

“The No. 66 Ford GT performed really well to start from the front row,” said Chip Ganassi Racing Managing Director Mike Hull. “The No. 67 Ford GT was close, but the fact is that we have two really good race cars for tomorrow. We concentrated on that from the very first practice session and we will try to match the tires to the conditions during all of our practice sessions, because what happens here is that the race track dramatically changes from the morning to the afternoon and we will be racing in the afternoon. We worked really hard on the afternoon set up yesterday and I know that we will be in a really good position for the race.” 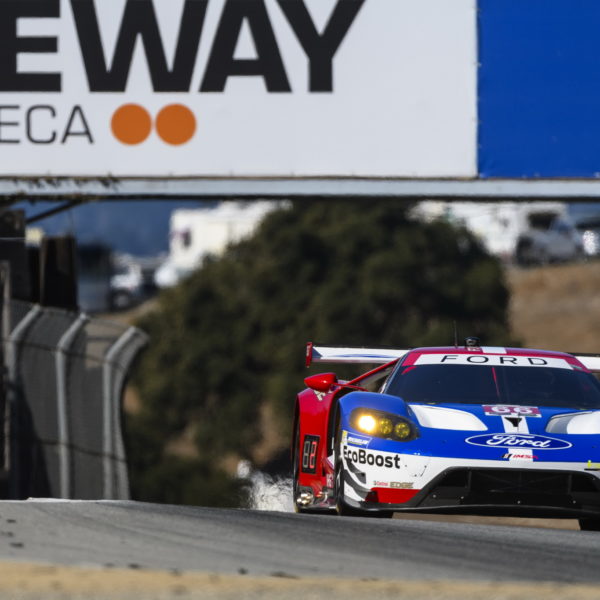 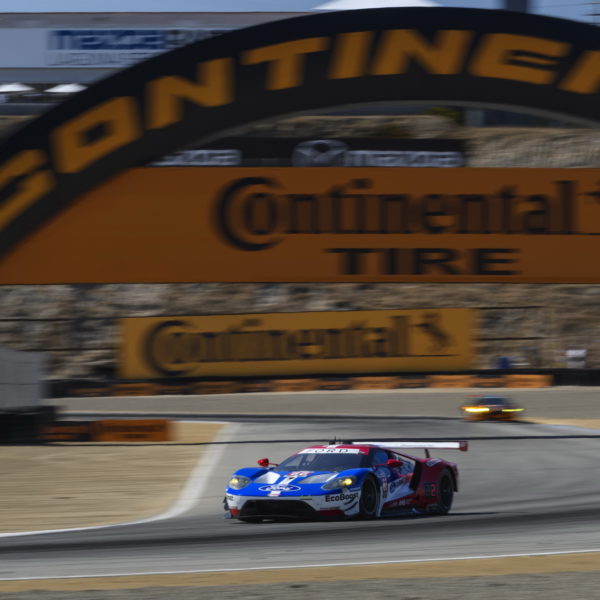 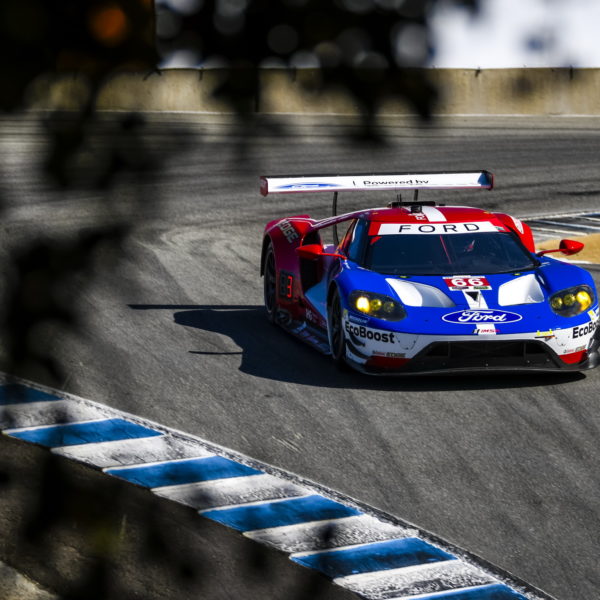 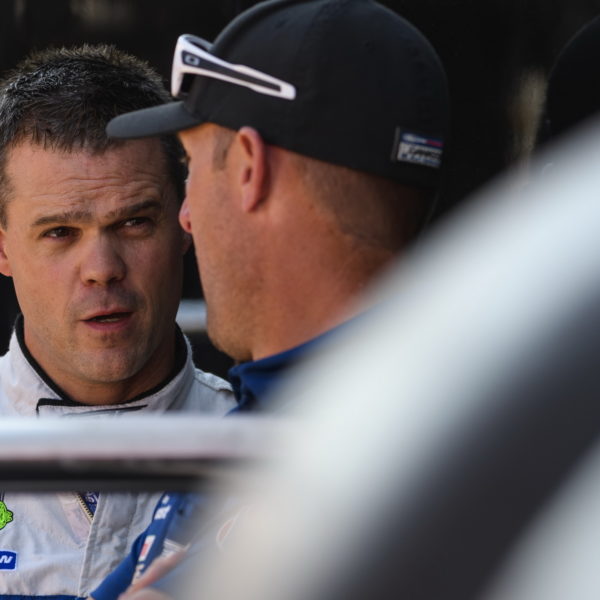