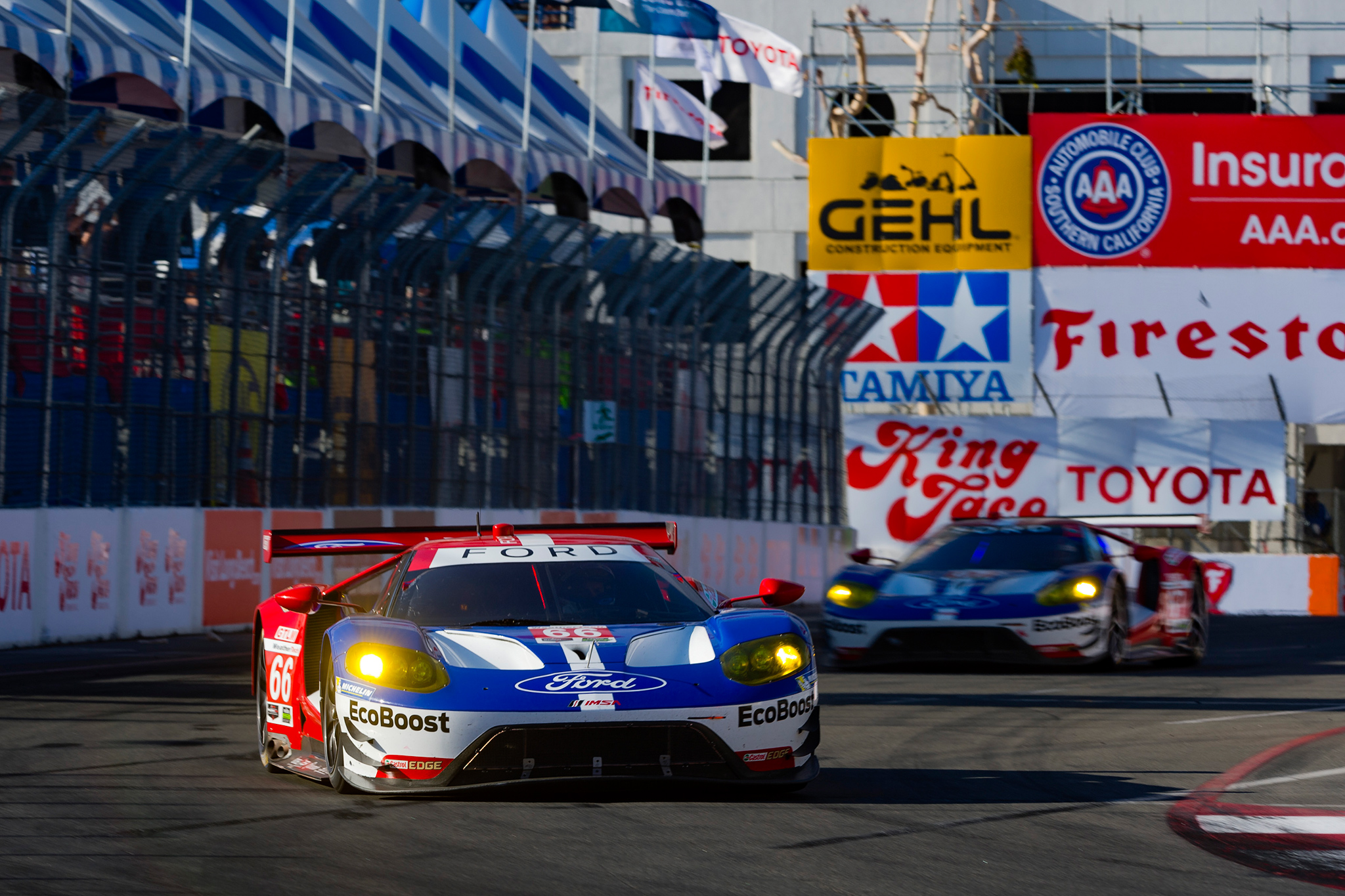 Although Dirk Müller was quickest with the new Ford GT of Ford Chip Ganassi Racing at the third round of the IMSA WeatherTech SportsCar Championship on the streets of Long Beach. “We had bad luck with a suddenly opened door on our car which took away the chance to finish on the podium” Dirk Müller announced.

Unfortunately Joey Hand and Dirk Müller had to pit with the #66 Ford GT twice extra for the opened door at the “BUBBA Burger Sports Car Grand Prix at Long Beach” the shortest race of the year with only 100 minutes. Joey started 7th on the grid and had a strong start, but he had to pit after only 6 minutes because the door of the car opened unexpected. So he directly changed to Dirk Müller and the crew repaired the door very quick. But unfortunately he also had to pit shortly after that to fix the door once again, but after that Dirk Müller had a trouble free run afterwards.

Dirk Müller was able to get into a really good rhythm and he did set the fastest race lap of the GTLM cars and with a time of 1:17:934 minutes a new track record for the GTLM category in Long Beach. Finally he crossed the line on 7th position.

„We had to pit twice extra to repair the door which took all our chances away to finish better“, told the Ford driver. „Our Ford GT was very good today, and we could have fought for a better result here. I really love this venue in Long Beach and we learned a lot once again today, which is very important. A big thanks to my guys, they did a great job and gave me a fantastic and quick car“.

The next round of the IMSA WeatherTech SportsCar Championship will be in Laguna Seca. This really beautiful track is very high on my track list and I always love to go to Monterey, California. „I really enjoy this track with its famous “Corkscrew and I cant wait to drive it with our new Ford GT. Now it is time to have better luck and I am extremely looking forward to a great weekend.”

The race distance will be 2 hours at the Continental Tire Monterey Grand Prix, 1st of May. The race will start 2:15 PM Laguna Seca time (23:15 Uhr MEZ). (www.byjogi.de) 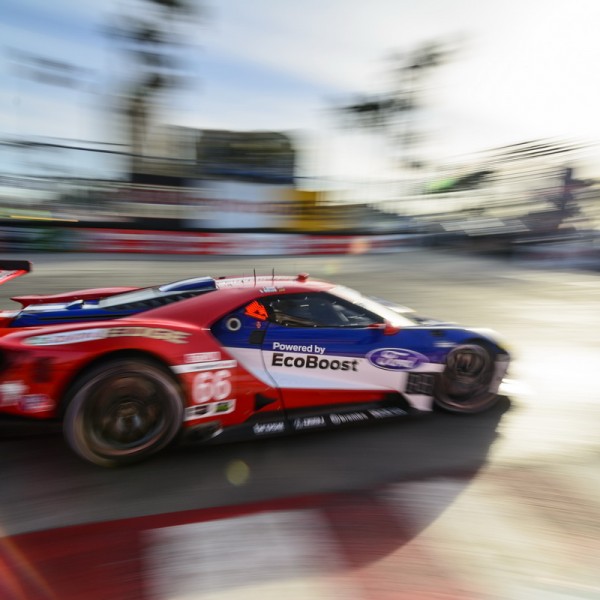 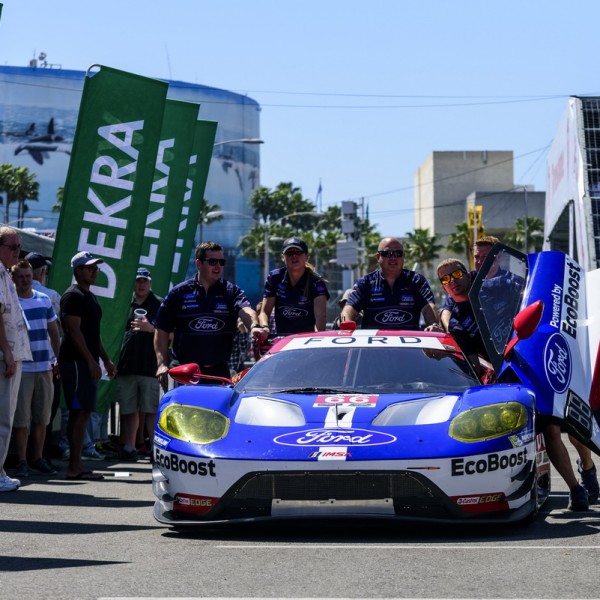 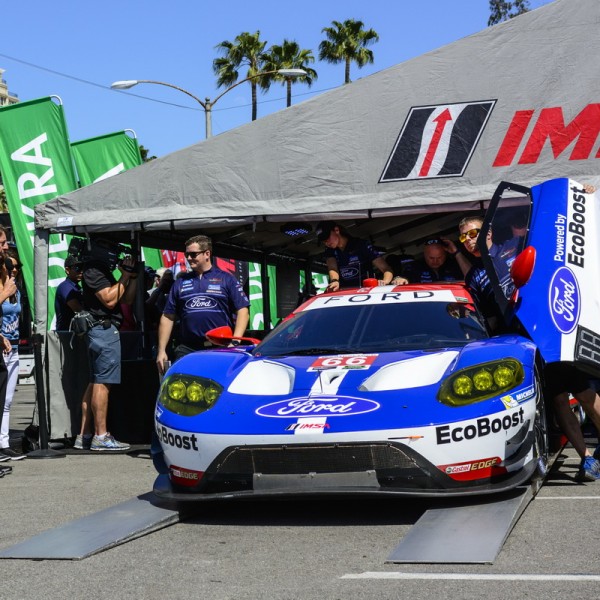 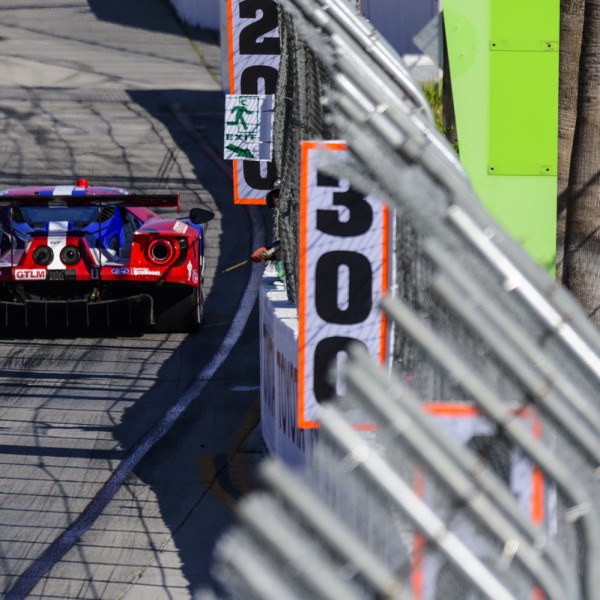 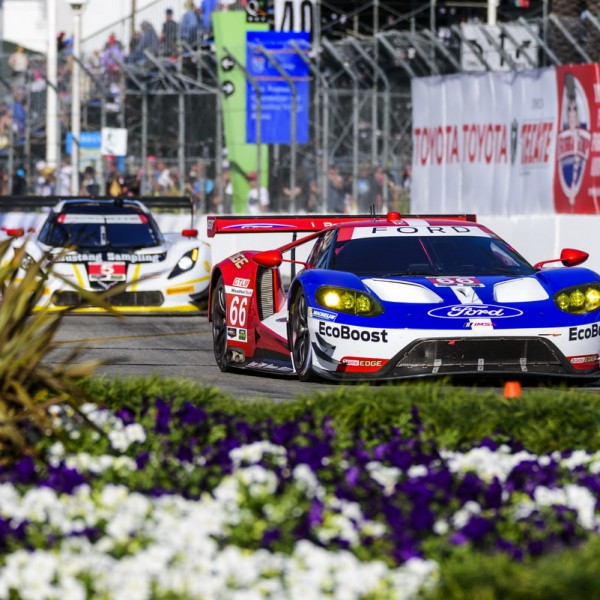 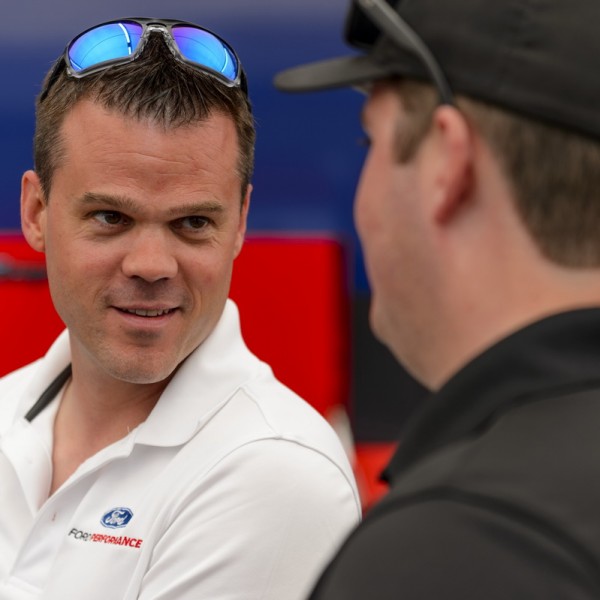 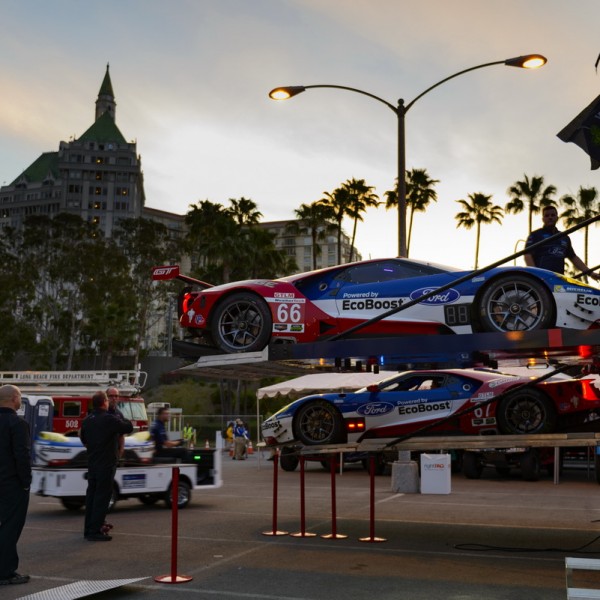 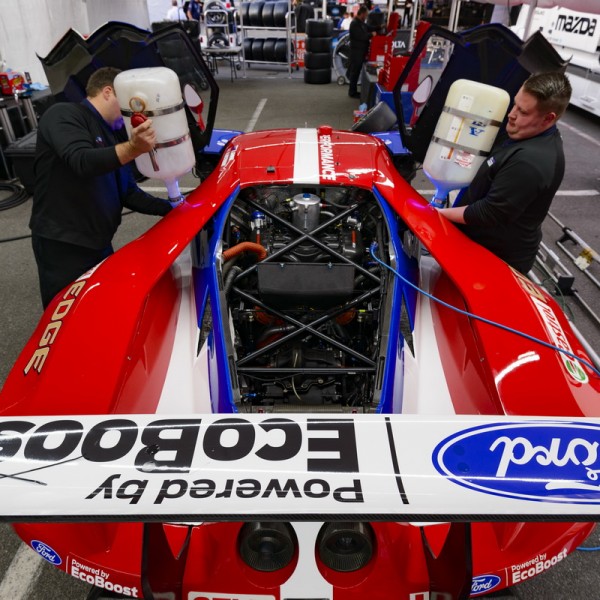 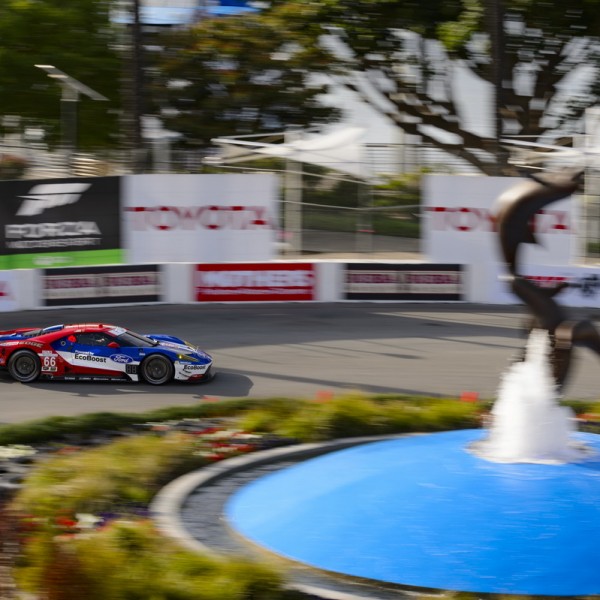 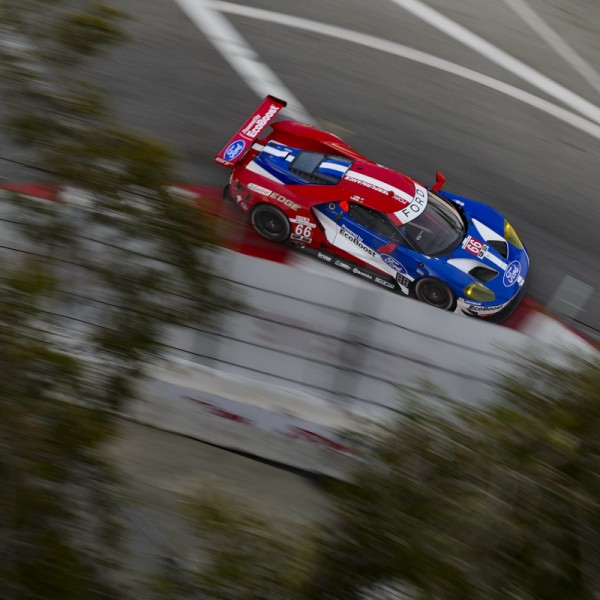 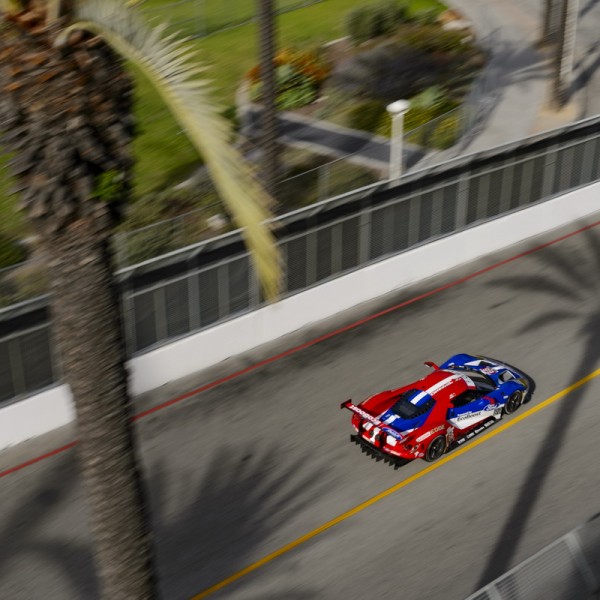 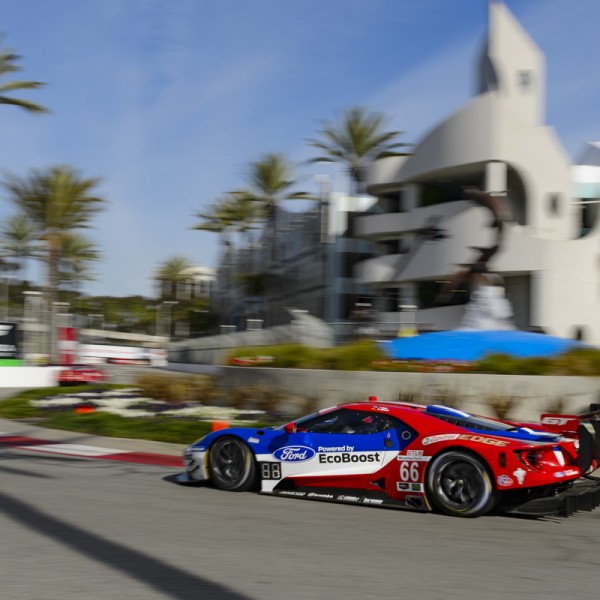 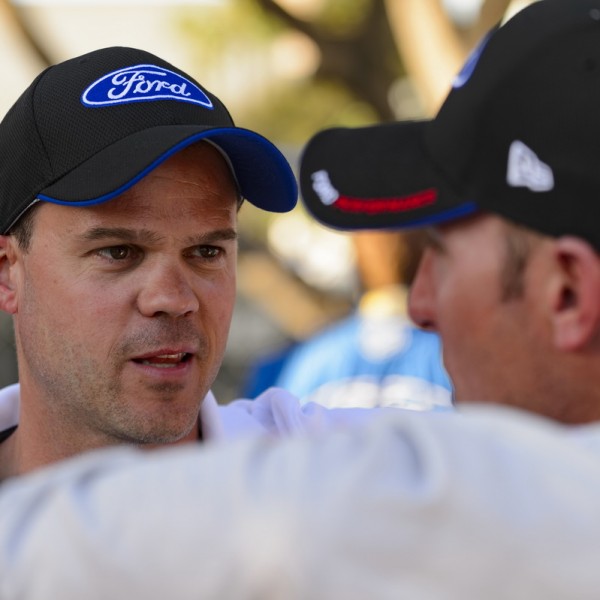 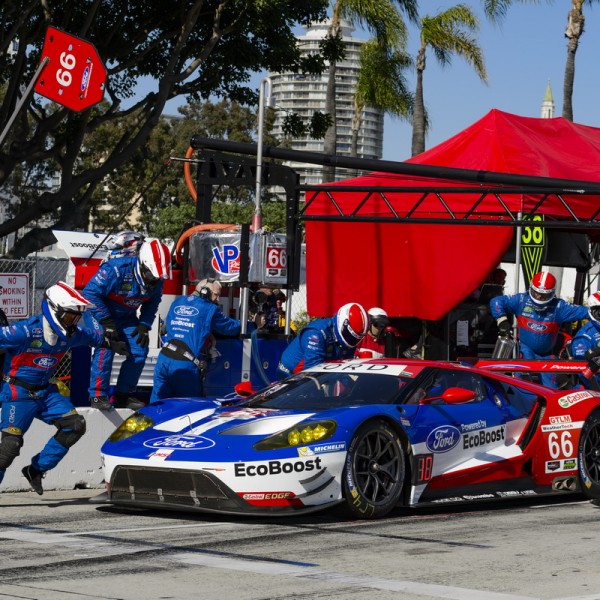 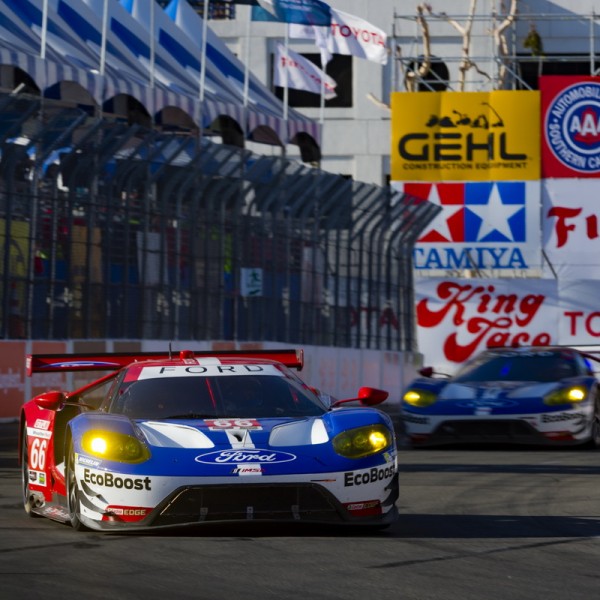